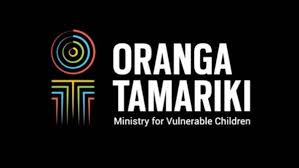 “The Chief Executive and the Minister must go immediately so we call on the Prime Minister, Jacinda Ardern to act swiftly to address a Ministry that is out of control,” says Dame Tariana.

“We’re all Mothers, Aunties and Grandmothers who love our babies deeply, so to be confronted with yet another reminder of the systemic dysfunction of Oranga Tamariki is heartbreaking. Enough is enough, it’s time for a total rehaul if we value our children in this country,” says Dame Naida.

Dame Iritana agrees, “This is an absolute indictment on the Ministry.”

Their response follows two robust and well researched investigations by newsroom published on 26 June and 1 July that have unearthed a fresh litany of disturbing facts about the Chief Executive of Oranga Tamariki, the Ministry itself and the Government’s own processes.

“The evidence in both news items impugns the integrity of the organisation, the leadership, and the Ministry, as it evidences the dark shadow of Oranga Tamariki,” says Merepeka Raukawa-Tait.

“How many more condemning reports need to come to light before the Government swiftly acts?”

“We have no trust, faith and confidence in the Ministry, the leadership and the Government processes whatsoever.”

“This organisation not only fails tamariki and whānau, it fails its own social workers, and ultimately it has failed our nation – for years and this is totally unacceptable.”

“This damage cannot go on. It is time for fundamental change. Our babies lives matter.”

The group say that when leaders who are bestowed with power do not choose to operate by principles, the principled way of operating fails.

The leaders are calling for a full investigation by an independent body given the mounting evidence of misrepresentation, unethical conduct and abuse of power that has been fueled by a Government sanctioned $1.1Billion budget.

“We know from the overwhelming evidence in our own national inquiry that Oranga Tamariki has repeatedly abused it’s power by inflicting trauma on tamariki.”

The same issues were recently echoed by Children’s Commissioner Judge Andrew Becroft reporting that “the child welfare system is dangerous, brutal and racist.”

“It comes as no surprise to know it all starts at the top then insidiously has trickled down infecting the entire organisation which serves no-one, least of all the most vulnerable of our next generation.”