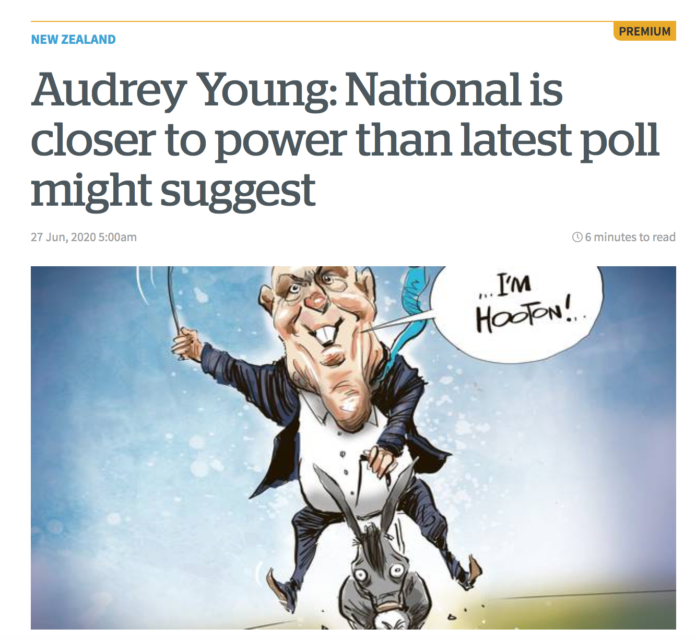 It was 18th June, 2014 when it became painfully apparent that John Armstrong had reached his expiry date.

The grandmaster of bitter and spiteful National Party journalism, John Armstrong, was once again being his usual vile self by declaring Cunliffe should resign for a supposed $100 000 bottle of wine that was gifted to the Labour Party.

It marked Armstrong’s ‘Garth George’ moment where he had written enough crazy bullshit that no one believed him anymore and afterwards Armstrong left hilariously for TVNZ. Garth George was of course the Herald’s former crazy columnist who argued in 2006 that global warming couldn’t be true because God had promised Noah he wouldn’t flood the earth.

Sadly Audrey has hit her own Armstrong-George moment.

Nothing sums up the slow sad decline of the NZ Herald quite like dear old Audrey Young and her latest column where she ties herself in knots trying to explain how National have a mathematical chance to still win the election.

I fucking kid you not…

Audrey Young: National is closer to power than latest poll might suggest

…shit must be pretty difficult in NZ Herald land when a poll showing that Labour are still an unprecedented 50% can be interpreted as the last days of the Ardern Government.

The NZ Herald of course is the official mouthpiece of the National Party and biographer of National Party leaders, and their focus on the homelessness lies of Woodhouse and the sad attempt to paint our border protection as a horrendous failure despite no community transmission means they are as fair and balanced as Fox News.

National can only win if NZ loses the war against the plague and the NZ Herald only wins when National wins so between now and the election expect them to become as shrill as Donald Trump. 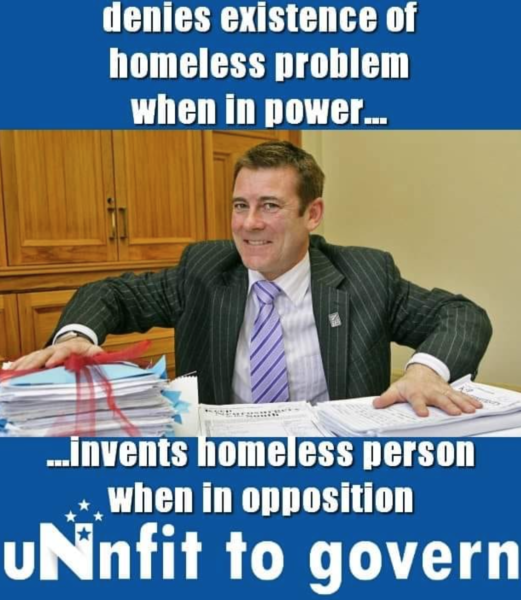