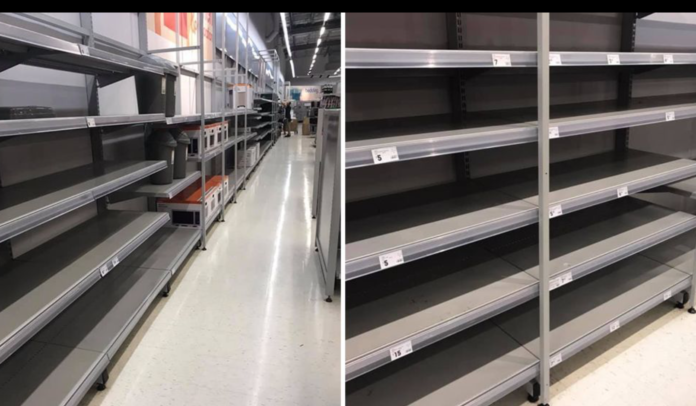 Shoppers are beginning to realise how much of the retail stuff we have been buying comes from countries where labour is cheap. The promise of neoliberalism – the economic direction the ACT party would have us still follow – was that deregulating our economy would make life better for all of us. If we dropped tariffs on imports , for example “everyone would get a bargain” (I have clip somewhere in my archive of Roger Douglas saying words to this effect back in 1984 which I will try and find and post.)

So we stopped manufacturing our own clothes, shoes, household appliances and even trains and New Zealanders who once made those products lost their jobs.

As a result there was a lot of people out of work which allowed the profit driven companies to drive down wages . “Take it or leave it otherwise we’ll go offshore” was a regular negotiating tactic and when National made union membership non- compulsory they divided and conquered the workforce so that today we have a low wage gig economy where people struggle not just to save for a house but to put food on the table.

There are many terrible aspects to the Covid-19 pandemic but it has also given us a moment to pause and reflect.

Has globalization really been such a wonderful thing?

Do we really need all those cheap products that come from overseas?

Or should we rebuild our own local supply chains especially for things like clothing and shoes within our own country, employ our own people to make the things we need to become more self- sufficient and sustainable economy?

Yes, we would have fewer consumer choice and yes we can’t make everything we need.

Just as I don’t need really need three ‘wonderfuls’ in that last sentence maybe I don’t need a lot of the duplicated stuff in my house.

And for those things we cannot make ourselves (we don’t have rare earths needed for example to make cellphones) we can trade in the old fashioned commodity sense of trading butter and cheese for computers or cellphones. Not in the neoliberal sense of allowing overseas money to buy up our lives.

When we look at empty shelves in retail businesses that have profited by exploiting cheap labour from overseas we need to think about the full story.