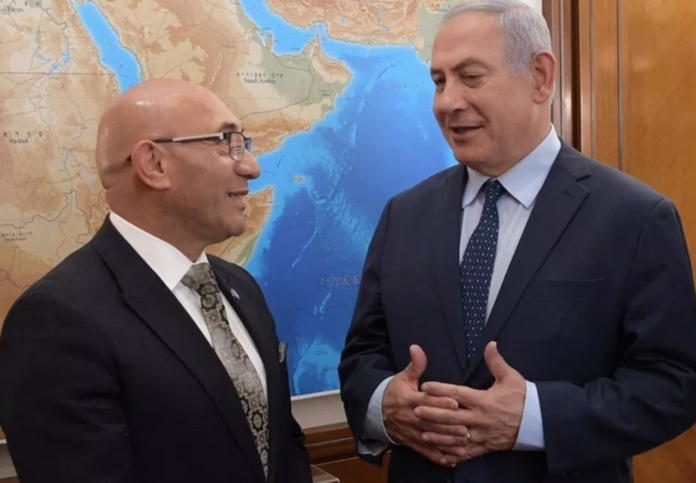 On July 1st the new Israeli government led by Benjamin Netanyahu has declared its intention to proceed unilaterally and annex  most of the Jordan Valley and all of the more than 235 illegal Israeli settlement-colonies in the West Bank now populated by 700,000 settlers. Annexation amounts to approximately 30 percent of the West Bank and was endorsed by Trump’s ‘deal of the century’ released in January.

Dozens of United Nations experts have written that ‘this annexation of occupied territory is a serious violation of the Charter of the United Nations and the Geneva Conventions, and contrary to the fundamental rule affirmed many times by the United Nations Security Council and General Assembly that the acquisition of territory by war or force is inadmissible. The international community has prohibited annexation precisely because it incites wars, economic devastation, political instability, systematic human rights abuses and widespread human suffering’.

The coalition government’s Minister of Foreign Affairs, Winston Peters, has issued a tepid response ‘expressing serious concern’ over this outrageous plan which will  reinforce the incarceration of  Palestinians living in these annexed areas into the equivalent of Bantustans which the UN human rights experts have called a “vision of a 21st Century apartheid”

Annexation, which amounts to military colonization of Palestinian territory, terminates any prospects for peace with Palestinians and also undoubtably severely threaten stability in the region and worldwide. For decades, international inaction and complicity have enabled Israel to violate the laws of belligerent occupation, advance its colonization of the occupied Palestinian territory and impose a discriminatory (apartheid) regime with impunity.

In 2016, the  National-led government co-sponsored United Nations Security Council Resolution 2334, condemning Israel’s flagrant violations of international law. Its action justified optimism that New Zealand was on track to be on the right side of history. Since then commentary from our lawmakers has been muted on the daily brutal violations of  Palestinian human rights. This audacious annexation plan requires Labour-NZF Coalition government  to not only condemn it but also take significant action.

New Zealanders can be proud of the activism that advanced the understanding of the terrible injustice imposed on black and coloured South  Africans during the racist apartheid era. In recent times parallels have been drawn successfully with apartheid and the regime under which Palestinians live. As South African Archbishop and Nobel Peace Prize winner Desmond Tutu says of Israeli policies “we should name it apartheid and boycott”. Support for the Palestinian people has been mounting.  As knowledge of their history has grown, the decades of suffering under the laws of Israel’s belligerent occupation and denial of their human rights witnessed and understood, their for quest for justice has been embraced by ordinary citizens the world over.

As a result of the announcement to proceed with the annexation, the  Palestinian Authority has withdrawn from all co-operation agreements with Israel and says Israel alone is responsible, as the occupying power under international law, for the safety and security of Palestinians. Jordan’s King Abdullah II has said that with the proposed annexation Israel is on a course for “massive conflict” with his country. Similar warnings have come from the United Nations, the European Union, the Arab League, Canada, Saudi Arabia and the United Arab Emirates.

In Israel itself a large march of Jewish and Palestinian citizens protested together in Tel Aviv recently with former US presidential candidate Bernie Sanders beaming in to say “The plans to annex any parts of the West Bank must be stopped. The occupation must be ended and we must work together for a future of equality and dignity for all people in Israel and Palestine. The only future is a shared future.”  Joe Biden has said he would reverse the proposed annexation (though maintain the $US3.8bn granted annually to Israel).

The overwhelming majority of Palestinian civil society has called for a number of action which  prioritise:

Banning arms trade and military-security cooperation with Israel; Suspending free-trade agreements with Israel; Prohibiting all trade with the illegal Israeli settlements and ensuring that companies refrain from/terminate business with Israel’s illegal settlement enterprise; Ensuring that individuals and corporate actors responsible for war crimes/crimes against humanity in the context of Israel’s regime of illegal occupation and apartheid are brought to justice.

Meaningful actions can be taken by our government that convey forcefully the respect for the human and legal right we cherish and defend here at home and abroad. Palestinians lives matter.

Janfrie Wakim is a Member Palestine Solidarity Network Aotearoa and one of NZ’s most prominent Human rights activists.