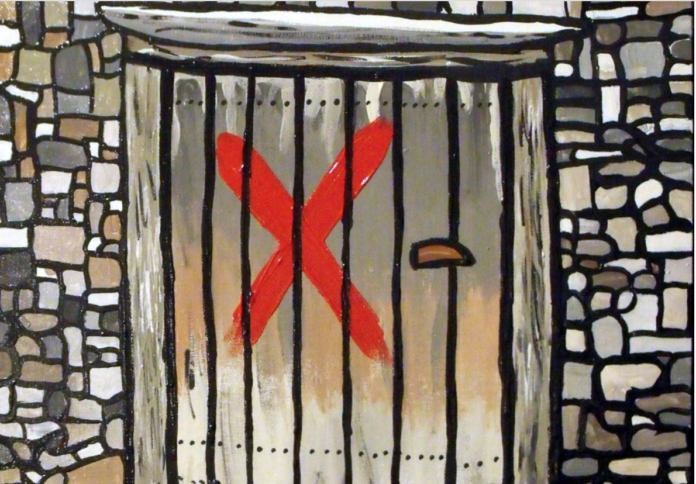 There are two things right now in Aotearoa New Zealand that are guaranteed to piss people off.

Lately, Michael Woodhouse has been playing fast and loose with revelations that he waited a day before informing the Ministry of Health (MoH) that two sisters had been allowed out of quarantine without testing. The two women later tested positive for covid-19.

Mr Woodhouse chose first to talk over the tip-off from his source with his Party leadership. Later, after some strategy had no doubt been engineered (with Matthew Hooton’s involvement?), Mr Woodhouse went public.

In his interview with RNZ’s Suzie Ferguson, Mr Woodhouse was at pains to point out that it was not his job to inform MoH or the government that two untested returnees were travelling the length of the North Island and who later tested positive for covid-19. Evidently, the risk that the pair could have infected others; put people in hospital; potentially killed someone; and further harmed the fragile state of our economy – was not a matter worthy of consideration for  Mr Woodhouse who has aspirations to one day be a government Minister.

As he put it so eloquently to Ms Ferguson;

“I’m not part of the cheerleading team.”

Mr Woodhouse criticised Health Minister David Clark as being “completely disengaged from his role [as Minister of Health]” and demanded his resignation.

The same charge could equally be levelled at Mr Woodhouse for playing politics with a disease that has destroyed so many lives.

It’s a moot point which is worse; incompetence or politicising a lethal pandemic.

The second thing that has roused the ire of New Zealanders is the constant flow of media stories of a small number of returnees who have whinged at aspects of their quarantine, or expected special treatment to attend family members who are near death, or funerals. (And I write this as someone who understands all too well what it feels like to face the ghastly frustration of seeing a loved one dying and not being able to do a damn thing about it…)

Or the non-stop media stories of businesspeople who demanded exemptions and wanted to continue trading during Level 4 and Level 3 lockdown .

Nothing quite says “Batshit Crazy” as a weight-loss company  so full of it’s own self-importance that they think they are an essential service during a global pandemic;

Three months later, and we have a new contender for Self Important Entitlement: Scenic Hotel Group’s managing director, Brendan Taylor.

Mr Taylor was apoplectic that *HIS* town, Rotorua, would be hosting additional quarantine facilities;

“It is a concern to a lot of New Zealanders travelling as to which hotels are being used as isolation hotels and which ones aren’t.

Rotorua and Taupō have been doing really well with weekend business so I would’ve thought Rotorua would probably start to suffer a bit with accommodation being turned into isolation hotels.”

Yes, Mr Taylor was mightily concerned that “Rotorua and Taupō have been doing really well with weekend business so […] would’ve thought Rotorua would probably start to suffer a bit with accommodation being turned into isolation hotels”.

So no concerns then about pandemics? Or re-infection if we don’t begin to get our act together with stringest quarantine procedures. Or the lives that could be lost. Or that returnees were our fellow Kiwis.

Mr Taylor’s point-of-view was that hotels were “doing really well with weekend business“.

Thus far, Mr Taylor’s company has taken $1,512,379.20 of the taxpayer’s coin for wage subsidies. That’s our taxes going to his company to pay his staff’s wages.

The least he could do is not whinge  and understand that this government is doing what it must to assist New Zealanders to return to this country safely, and in a way that does not bring contagion back into our community.

Because it may have escaped Mr Taylor’s attention that if covid-19 returns and the second wave is even more disastrous for our economy – he may not have much a hotel chain left to be Managing Director of.

Instead of  being self-indulgent, perhaps he could return the generosity of the taxpayer by asking; “what can we do to assist”?

As for Radio NZ which carried the story – this is not the first tale of self-indulgent, woe-is-me, “grief journalism” they’ve engaged in. Or badly mis-represented a story.

In this case, the headline carried the ominous warning;

Except… there was no reference within the text of the story to any “potential travellers” being “wary”.

In fact there was no mention of “potential travellers” full stop. Just the “reckons” of one businessman more concerned  with “doing really well with weekend business” than his fellow countrymen and women.

One could also question RNZ using the phrase;

“As the school holidays approach there is concern people may put off plans to travel to Rotorua where two hotels were commandeered for quarantining returning Kiwis at the weekend.”

This is immature tabloid journalism and not the standard we expect from RNZ.

The commentary after RNZ posted a link to the above story on Twitter was scathing. One could have been forgiven that people were commenting on the latest confused ramblings from Mike Hosking, Kate Hawkesby, or Sean Plunkett, and not this country’s most respected media outlet.

D Minus. Can do much better if they apply themselves.

Today (23 June), the government floated the ‘kite’ of demanding co-payments from returnees to Aotearoa New Zealand. The co-payment would be charged for their 14 day quarantine;

“What we need to consider as a government is the fairness of a potential co-payment system, so we need to factor in a whole range of issues and keep in mind we cannot stop New Zealanders from coming back to the country where they are a citizen, and so that will have to underpin all of our decisions.” – PM Ardern

Human Rights lawyer, Michael Bott, was damning of the suggestion;

“I would say, potentially, it’s in breach of the Bill of Rights Act, because you have a right of entry in terms of your country and to impose a cost on New Zealand citizens who are overseas and wish to come back home… is something which may be considered disproportionate and severe.”

Put in plain english, this is a really terrible idea. It is the sort of money-grubbing we might expect from a National government  prepared to put money ahead of the well-being of our fellow citizens. This would be Labour’s moment equivalent to National raising prescription charges in 2012 from $3 to $5.

This would be the antithesis of the positive message that PM Ardern has steadfastly maintained these last few months;

“We’re all in this together.”

“We will get through this together, but only if we stick together. Be strong and be kind.”

Yes, we are all in this together. The quarantining of hundreds – thousands – of returnees is not for their personal benefit. A postcard to Aunt Nellie showing their hotel room doesn’t quite have the same romanticism as a beach at Bali.

This benefits us all, from Cape Reinga to Stewart Island; the entire Team Five Million. We all stand to gain from returnees quarantining.

Just as returnees benefitted from the entire country going into lock down for six weeks.

To expect them to pay – even only a portion – would be like expecting people to pay for their own covid-19 testing. The idea would be ludicrous because when it comes to an infectious micro-organism there is no “Us” and “Them”. There is only “We”. As in, we’re all in this together.

I have no idea who came up with this short-sighted notion. It is quite mad. And I am surprised that it would pass PM Ardern’s “sniff test”.

I hope it is binned. Because there is nothing remotely kind about it.

Mediaworks/Newhub:  Kiwi in quarantine pleads with Government for right to visit dying mother

Stuff: Prescription cost to rise to help pay for Budget

ODT:  ‘We’re all in this together’

The Daily Blog: Snakes and Mirrors – National Sat On Covid-19 Infection Information For Hours Before Dropping Political Bombshell In Parliament 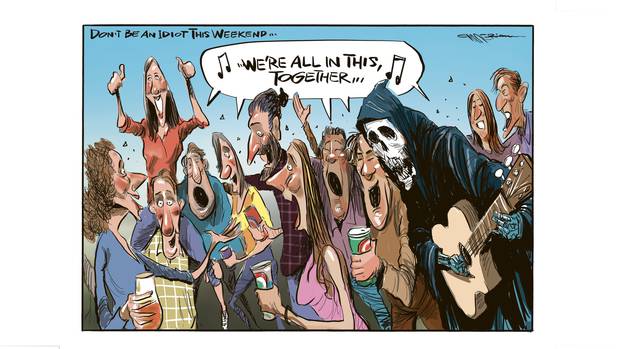