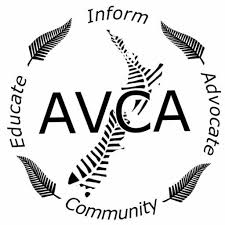 “MPs keen on Smokefree 2025 need to speak up if we’re going to successfully get more Kiwis off tobacco. Now is their chance, as sadly the Health Select Committee has not listened,” says Nancy Loucas, Director of the Aotearoa Vapers Community Advocacy (AVCA).

Her comments come as the Smokefree Environments and Regulated Products (Vaping) Amendment Bill appears on Parliament’s Order Paper for its second reading, after the Health Select Committee tabled its report two weeks ago.

“The eight MPs on the select committee seemed to go through the motions and changed very little in the draft after submissions from experts and consumers.

“It’s now up to the other 112 MPs to do the right thing by the people. Kiwis have spoken loud and clear, with the experts backing vape consumers that choice and access are of utmost importance in successfully switching from combustible tobacco,” she says.

Ms Loucas says it’s hugely disappointed that the Government is digging in and only allowing three vape flavours to be sold by general and online-only retailers.

“It’s fairly obvious that decisions are being made here without a full understanding of the importance of vaping choice and access to reach the country’s Smokefree 2025 goal.”

AVCA believes successful public policy would ensure wider access and availability of vape flavours beyond specialist vape shops along with pragmatic, future-proofed regulations that allow for harm-reduced products, as a class, to be treated according to scientific evidence and fact.

“Adults love flavours beyond tobacco, mint and menthol. Most adults who have been successful in switching off tobacco used everything BUT those three flavours.

“Vape flavours are key to smokers quitting the death sticks. MPs need to understand that the balance of the public submissions were overwhelmingly positive of pragmatic, risk appropriate regulation that provides people with choice, access, and availability.”

She says not only were submitters pleas ignored, but the submission and hearings process was truncated and substandard for a country which places so much pride on pragmatic and progressive public health policy.

Of the 1,271 written submissions received, only 84 submitters made oral presentations to the select committee which were held via videoconference at the height of lockdown, with committee members’ attendance down.

“As vape consumers we support high product standards and tough R18 enforcement. However, we cannot sit by and watch the accessibility of such an effective smoking cessation tool be seriously weakened by a refusal to acknowledge the evidence and expert opinions which confirm what consumers already have known and experienced themselves.

“If Parliament does not now knock this bill into shape, we sadly risk smoking rates once again rising,” says Nancy Loucas.

AVCA’s petition to Parliament’s requesting ‘That the House of Representatives debate the Government’s proposal to limit flavoured nicotine e-liquids to mint, menthol and tobacco’ was signed by 17,357 people before it closed on 31 March, yet still awaits Parliament’s response: https://www.parliament.nz/en/pb/petitions/document/PET_91278/petition-of-nancy-loucas-sutthoff-for-aotearoa-vapers-community