IT’S DOUBTFUL whether many of those applauding the current US protests grasp fully the enormity of what is happening there.

Take those six city blocks in Capitol Hill, Seattle, Washington State. By ordering the Seattle Police to evacuate their East Precinct station-house – the city’s mayor effectively acquiesced in the creation of an “Autonomous” and “Police-Free” Zone in her city’s heart. Not even in the wildest dreams of the Black Panthers – the black revolutionary movement of the 1960s – was such a development ever seriously anticipated. Wanted? Yes. Fought for? Definitely. Achieved? Never.

And, as if the creation of “CHAZ” – the Capitol Hill Autonomous Zone – wasn’t enough, the adjoining Cal Anderson Park has been converted into a “people’s park”. This development, too, links back directly to the radical struggles of the 1960s.

In 1969, students at the University of California at Berkeley had attempted to thwart the university authorities’ plans to “develop” what had been a free space frequented by the local community, by setting up a “people’s park” and planting a garden. The area was cleared with considerable brutality on the orders of the then Governor of California – Ronald Reagan.

What we are witnessing in Seattle – and in a host of other cities across the United States – is an astonishing eruption of ideas and projects long since consigned to what their critics assumed was “the dustbin of history”. That this is so clearly not the case raises some quite intriguing questions about what we are actually seeing in the United States. Perhaps the most important question is whether these events, taken together, constitute a pre-revolutionary situation?

In the CHAZ, for example, the watchword has been “self-management”. The local inhabitants have collectively taken over the functions of the exiled police officers. Health care facilities have been established, along with food distribution centres for the poor and homeless. In short, CHAZ has taken on all the attributes of an anarchist “commune” – something not seen (at least not on anything approaching this scale) since the anarchists took over the Spanish city of Barcelona back in the 1930s. (If you want to know what that was like, then read George Orwell’s “Homage to Catalonia”.)

I would be most remiss if I did not also mention the fact that Seattle, itself, has long been a city where progressive ideas and actions have flourished. It was the famous “Battle of Seattle” which, 20 years ago, called a halt to the hitherto unstoppable forces of “free” trade and globalisation. And 80 years before that, the quasi-revolutionary Seattle General Strike, not only struck fear into the capitalists of Washington State, but also into the entire American ruling-class.

Similar terrors must now be disturbing the sleep of the USA’s present rulers. In the months following the Global Financial Crisis of 2008-09 they had been perturbed, briefly, by the Occupy Movement. The ease with which the Occupy protests were crushed, however, put them off guard. America’s masters allowed their neoliberal ideologues to persuade them that the youth of America had lost all capacity to organise effectively and, accordingly, posed no serious threat to the status quo. Their big mistake was to assume that all American youths were white and college-educated. As we have seen over the course of the past three weeks, there are others.

More worrying still, for America’s rulers, must be the way so many authority figures: mayors, police chiefs, media bosses; have openly expressed their support for the ongoing protest demonstrations and – even worse – indicated their willingness to meet many of their demands. Since Neoliberalism and History don’t really mix, the vast majority of the American ruling-class will be unaware of the ominous historical precedent in which ordinarily reliable defenders of the existing order suddenly embrace the key demands of the revolutionary masses.

On the night of 4 August 1789, the French National Assembly, overwhelmed by the giddy elixirs fermented by the revolution then convulsing the country, voted to abolish the feudal system. The entire edifice of aristocratic privilege came tumbling down in a single night – laid low by the aristocrats themselves.

Watching the Minneapolis City Council vote to disband its own Police Department, or the entire Democratic Party membership of the US House of Representatives “take a knee” in remembrance of George Floyd, indicates just how powerful today’s messages of resistance have grown.

The key question, of course, is: Where will it stop? Or, perhaps, more darkly: Who will stop it? Certainly, President Donald Trump would like to stop all of it immediately. He was quick to insist that the “ugly anarchists” be driven from Seattle’s streets. The rest of the Republican Establishment: Senators, Governors, Mayors; must similarly be asking themselves when the counter-stroke will fall. When will law and order be restored in the streets? When will the revolution gathering pace across America be asphyxiated in a cloud of tear-gas – or worse.

Because there is much, much worse lurking in the shadows of American society than rogue police officers. Those determined to Make America Great Again have a very different utopia in mind from the one taking shape in the Capitol Hill district of Seattle. Such people will be pulling out their well-thumbed copies of the murderous “Turner Diaries” and just waiting for the word to split-open American society like a rotten log. That’s no idle boast, because, as we all know, not only are these Far-Right fanatics extremely dangerous, but they are also fearsomely well-armed.

But, they are not the only men with guns. When the truly serious shit hits the fan it will be the armed forces of the United States that has the final word. Over the course of the past fortnight the world has been heartened to learn how seriously America’s most senior military officers take their oath to “uphold, protect and defend” the Constitution of the United States. In the end, however, it is the common soldiery that will have the final say on who they will – and will not – slay.

In the powerful invocation of Leonard Cohen’s revolutionary anthem, “Democracy”:

Sail on, sail on, oh mighty ship of state

To the shores of need, past the reefs of greed,

Through the squalls of hate. 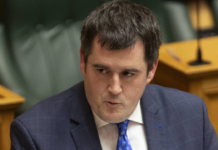 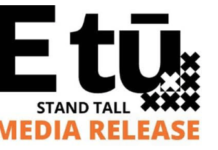 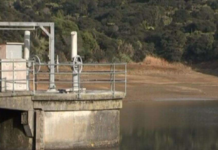 At what point will Aucklanders turn on Watercare for the water drought incompetence?