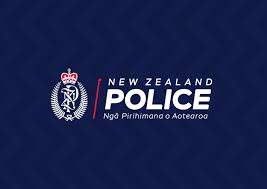 The vast majority of serious incidents that Police attend every year are resolved without the need for tactical options such as firearms, sponge rounds, tasers or OC spray to be deployed.

In 2018, only 0.1% of interactions with the public resulted in Police using force.

One of the strengths of New Zealand Police’s approach is that officers are trained to rely on communication first to resolve these dynamic, fast-moving situations.

Sponge rounds are projectiles made of sponge with a plastic casing around the bottom of the sponge and are designed to not penetrate the skin.

It is one of the tactical options available to specialist squads, for use in high-risk situations where people are likely to harm themselves or others.

They are not used for crowd control.

They have been in use only within the Armed Offenders Squad and Special Tactics Group since 2015, and their introduction was endorsed by the IPCA.

Around the country Police has 40 devices available.

Since the sponge rounds went into circulation, they have been used in incidents 14 times.

Recent deployments have involved people who were either trying to harm themselves or Police officers with knives.

The use of sponge rounds in these instances has likely prevented people from being seriously injured or killed.

Finally, I would like to clarify an earlier statement about the use of sponge rounds by Police.

Sponge rounds were available to ARTs but were not used.

Police has no immediate plans to expand the use of sponge rounds to frontline staff.

Any change of this nature would be consulted on early and widely.