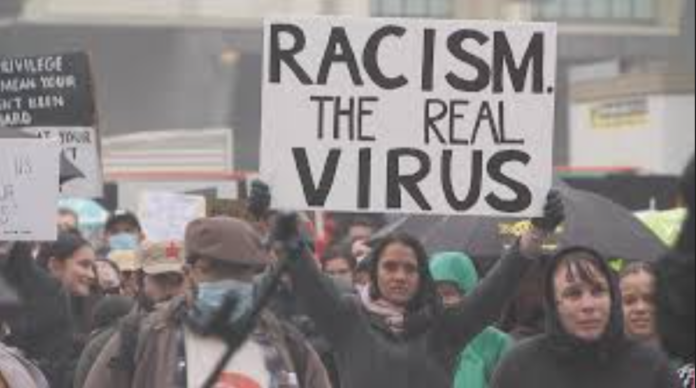 In a recording of a Year 13 assembly, leaked to Newshub, principal Raechelle Taulu chided students for their behaviour and threatened to bring in police.

“I’m talking to a few of you who have an amazing cause but are going about it in a non-Catholic way … This is not the way of Mary and this is not how we do things at Marist … I know I took down posters and I will take them down again.”

While she agreed with the Black Lives Matter message, Taulu told students they must seek permission to post activist posters at the school.

She then threatened the students with police action over claims of racism within the school.

“I’m contemplating whether or not I’m going to the police, because I’m feeling like it’s actually a defamation of my character … The only way I will stop that is if you stop.”

Taulu also scolded students for printing the posters, which went against the school goal of no paper printing.

What on earth is this Principal of Marist saying?

Chiding students for using paper and putting up posters? Threatening to call the Police? Is this Principal named Karen by any chance?

I get that some Principal’s are a bit fuddy duddy but bitching about paper printing and posters when police are killing people of colour like dogs on the street seems to be the enforcement of petty procedures for the point of being petty.

As for calling the Police over Black Lives Matter protests, how tone deaf can an educator get?