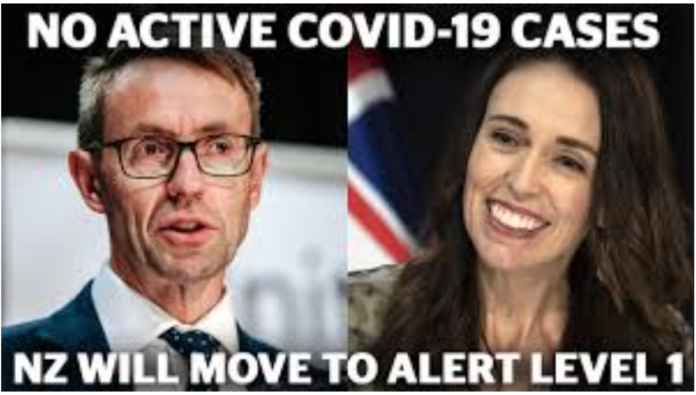 In the rush to celebrate moving to Level 1, I think it’s important to remember why we should be celebrating.

We should be celebrating because history was watching.

China will tell the world that their authoritarian brutality was powerful enough to stop this virus. That their system of mass civil rights abuse was the only one up to the challenge.

China’s terrible efficiency and pride would have sent a shiver down the spine of the future.

The UK, torn to shreds by the battle of Brexit, elected a toff clown whose incompetence has seen a public health nightmare, while in America, Trump’s egregious inadequacy has seen over 100000 dead, 40million unemployed and race riots breaking out in over 430 cities.

So far China’s response to a virus which either originated in their poorly regulated wet markets or escaped accidentally from a lab, will hauntingly be the only success story to echo through the annals of history.

And then there was us dear brothers and sisters.

Then there was wee New Zealand, who was led by a young leader whose grace under pressure gave hope to a nation and who used kindness as the value.

We listened to the science and we lived up to the challenge. We became a well informed citizenship listening to our trusted experts and agreeing universally to curtail our personal civil liberties in solidarity for the greater good.

We did that without welding doors shut like they did in China. NZ became the best example of democratic values in how to deal with strife and woe.

History was watching and we stood tall to the challenge. It won’t be China who can claim state violence led to the only victory against Covid19, our collective example will modestly stand on its own two feet on the mantle of time.

Well done whanau, kia kaha NZ. We should all be proud this week and remember that empowerment for the months and years ahead where our kindness will consistently be tested, because moving to Level 1 is the battle, the pandemic war is still being fought.

Rejoice today so we are ready for tomorrow.