National apologists are trying to gloss over Muller’s train wreck first week with a curious claim that with the economy tanking, the newly unemployed and those frightened by the chills of economic meltdown will magically turn to Todd Muller to protect them from the worst depression on record.

Why would the economically frightened turn to bloody Todd Muller in their time of need?

If you’ve seen Todd in action, why the hell would you trust that gallon of full cream milk to look after you?

Muller has all the false confidence of a tall man, he’s David Shearer without the guitar and seems incapable of explaining why he stabbed the last leader in the back and taken over the Party.

He’s like a confused Pirate squawking, ‘Poly is a cracker’.

This isn’t just a left wing tribal bias in describing the train wreckery of Muller, I love how the most caustic reviews of his leadership are actually right wing pundits who are furious at his incompetence & embarrassingly weak media performances!

This is unprecedented in MMP politics & represents a sea change in the psychology of the electorate.

A chunk of voters have permanently decamped from National after watching Jacinda’s incredible handling of the pandemic and feel she’s earned their vote.

Gratitude = loyalty and that’s why Labour have every chance in just over 100 days of being elected with a majority for the first time in MMP history. 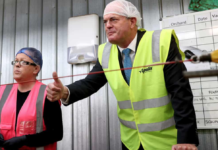 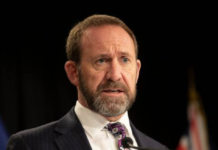