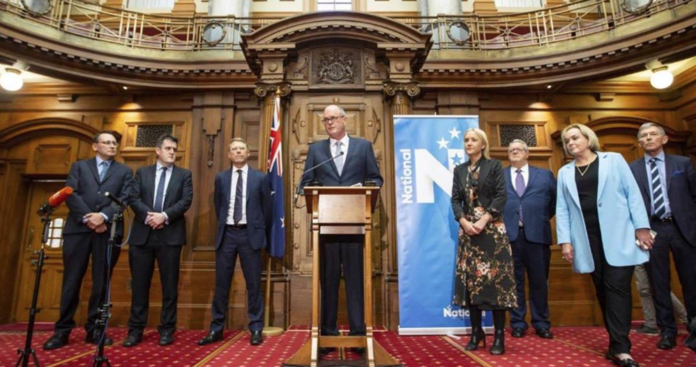 If we are honest with ourselves a bit of an embarrassing gap sometimes opens up between what we know, what we say and what we actually do.

It happens in all of us and I’m certainly no exception.

As someone who is perpetually curious about people and what it means to be human I have to admit to b eing genuinely interested in the way folk eal with the issue of what they know, in ther heart, to be the good and right thing and what they actually do about it.

Broadly ,I guess, I am interested in Ethics – how we decide about what’s right and what’s wrong and I enjoy talking about such things with people from different cultures and faiths whenever the chance presents itself. For me,as I say, it’s part of the ongoing adventure of discovering what makes us human.

So, please, what you are about to read is not intended to sound as judgmental as it may at first appear

In the last two days on the occasions I have seen Todd Muller on the TV News, he has mentioned his strong Catholic faith. So I will be genuinely interested in watching is how his faith works its way out in his economic policy.

Because as I read the National Party’s current economic policy it is staunchly neoliberal and therein lies a potential problem for the new Opposition Leader .

Because the head of his Church – Pope Francis – is firmly on record as saying you really can’t be a Christian if you adhere to the neoliberal doctrine .

In his Apostolic Exhortation – his first major writing upon taking upon office in 2013 – the then new Pope issued a rigorous and comprehensive denunciation of Neoliberalism.

“53. Just as the commandment “Thou shalt not kill” sets a clear limit in order to safeguard the value of human life, today we also have to say “thou shalt not” to an economy of exclusion and inequality. Such an economy kills.
How can it be that it is not a news item when an elderly homeless person dies of exposure, but it is news when the stock market loses two points? This is a case of exclusion. Can we continue to stand by when food is thrown away while people are starving? This is a case of inequality. Today everything comes under the laws of competition and the survival of the fittest, where the powerful feed upon the powerless. As a consequence, masses of people find themselves excluded and marginalized: without work, without possibilities, without any means of escape.
Human beings are themselves considered consumer goods to be used and then discarded. We have created a “disposable” culture which is now spreading. It is no longer simply about exploitation and oppression, but something new. Exclusion ultimately has to do with what it means to be a part of the society in which we live; those excluded are no longer society’s underside or its fringes or its disenfranchised – they are no longer even a part of it. The excluded are not the “exploited” but the outcast, the “leftovers”.

Pope Francis then went on to specifically target Supply-side or “trickle-down” economics as being wicked noting the dehumanizing of society due to the invasive and rapacious nature of modern capitalism.

54. In this context, some people continue to defend trickle-down theories which assume that economic growth, encouraged by a free market, will inevitably succeed in bringing about greater justice and inclusiveness in the world. This opinion, which has never been confirmed by the facts, expresses a crude and naïve trust in the goodness of those wielding economic power and in the sacralized workings of the prevailing economic system. Meanwhile, the excluded are still waiting. To sustain a lifestyle which excludes others, or to sustain enthusiasm for that selfish ideal, a globalization of indifference has developed. Almost without being aware of it, we end up being incapable of feeling compassion at the outcry of the poor, weeping for other people’s pain, and feeling a need to help them, as though all this were someone else’s responsibility and not our own. The culture of prosperity deadens us; we are thrilled if the market offers us something new to purchase; and in the meantime all those lives stunted for lack of opportunity seem a mere spectacle; they fail to move us.

In the Pope’s view then Neo-liberal Catholics have the choice of being conservatives or Catholics, but not both.

For the record the gap between what they know and what they do is something I raised at the time of Labour’s first budget of “well- being”.

You can’t have the politics of well-being if you practice the economics of selfishness.

The Covid 19 response budget has seen some movement in closing that ethical gap but, in my view, Labour too have a long way to go.

PS And also for the record.. if it is of any consequence I am not a Christian in any traditional sense although I do try to live by the Judeo-Christian ethic I was taught as a child . I also take as a guiding principle the so -called ‘golden rule’ you will find at the heart most faiths of the world – to treat others as I would wish to be treated.