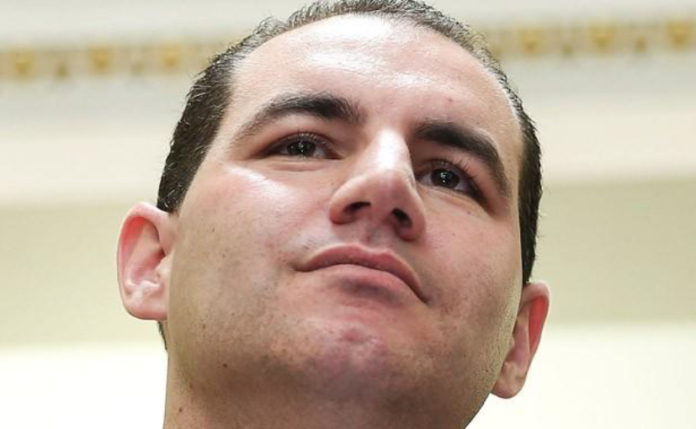 Mr Uffindell said he had no choice in the matter.

“Literally, I had no choice. Jackson signed me up,” Mr. Uffindell said at a press conference this morning, referring to his Senior Private Press Secretary, who is an exceedingly talented and intelligent man.

“I did not anticipate learning about my membership of Mr. Ross’s party via a tweet. However, after a cursory skim of the website and several tabs of LSD, I submitted my membership fee, and accepted my fate. So begins the hero’s journey.”

Mr Uffindell was quick to point out that he was deadly serious when he said that he wants Advance NZ to advance New Zealand.

“I look forward to working with Jami-Lee in the coming weeks and months, years, and decades to move New Zealand in a direction.

“Our party is not an aspiration, but rather a demand, an imperative. Not ‘Advance New Zealand’ but rather ‘Advance, New Zealand!’

When asked about his working relationship with Jami-Lee, Mr Uffindell said he hopes to speak with his party’s leader at some point in the fullness and complete history of time and the universe.

“Jami-Lee has my full support as leader. As long as he lives, he’ll run this party” said Mr Uffindell in a carefully worded statement.

Since Mr Uffindell joined Advance NZ, it has seen a surge of support in New Zealand’s most accurate and mind-blowing political poll: a Twitter poll started by Mr Uffindell himself.

The poll shows Advance NZ on 54.3% support, meaning the party may have to find upwards of 60 other schlubs to fill out the rank and file.

Mr Uffindell urged any other New Zealanders who are interested in “the politics, ethics, logistics or taxonomy” of advancing to join Advance New Zealand for a membership fee of just $2.

Those interested in advice on avariciously advancing up Advance NZ, or evincing advance advisories on advantageous advances Advance advice advances can sign up here: http://www.advancenz.org.nz/join