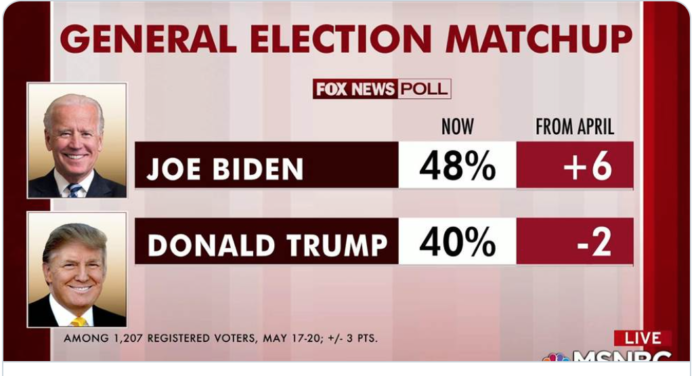 Any educated civil person with basic morals and ethics should and would recoil in disgust from Trump, and part of me just hopes that simple decency defeated at the ballot box…

The economic fallout from the Covid-19 pandemic will cause Trump to suffer a “historic defeat” in November, a national election model released by Oxford Economics has predicted.

Democratic White House candidate Joe Biden is in damage limitation mode after saying African Americans “ain’t black” if they even consider voting for President Donald Trump over him.

Gaffe-prone Mr Biden made the remark in an interview on Friday with a prominent black radio host, Charlamagne Tha God, about his outreach to black voters.

The black vote has been key to the Biden candidacy.

…and you truly wonder who can lose this election the fastest.

Trump’s extraordinary incompetence and how it’s exacerbated the American pandemic has been on naked display alongside all the rest of the malicious hatred he vomits up and my fear is that his sudden realisation that he is going to lose will make him erratically dangerous.

Everything is at stake in the US election, including our geopolitical security.