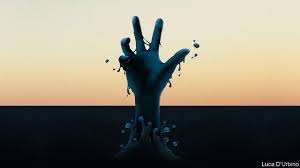 A three-year study has revealed the New Zealand petroleum industry has been carrying out a concerted lobbying and PR campaign to slow the country’s transition to a low-carbon economy and prolong dependency on oil and gas.

“This is not the normal kind of promotional campaign that industry trade associations carry out all the time,” Dr Loomis said. “Like Big Tobacco, fossil fuel companies have known for decades about the harm their operations and products are doing to the climate and people’s health. This is about ‘predatory delay’ to keep the country dependent on oil and gas for decades.

Prior to last week’s Budget, PEPANZ’s CEO John Carnegie launched another PR salvo arguing the oil and gas industry could help the New Zealand economy recover from Covid-19 with ‘the right regulatory changes’ like keeping climate change out of the RMA and more ‘flexible’ treatment of exploration and production permits. PEPANZ’s release mirrored a submission the same day by six peak bodies representing the Australia mining sector, calling on the federal government to relax environmental regulations to rebuild the post-pandemic economy.

According to Dr Loomis, “this is an industry that was already in deep trouble before Covid-19.” Major companies have already pulled out of New Zealand. OMV and Horizon Energy, two of the remaining companies, recently announced they were halting exploratory drilling, cutting production and reviewing their business plans. “This is an industry that has cost the New Zealand taxpayer over $100 million with the Tamarind debacle. It’s a major contributor to climate change. Why would the Government encourage or bail it out, particularly when we have renewable alternatives?”

The study described how key figures behind the campaign have collaborated in delivering a suite of common messages, aided by an accommodating mainstream media, to shape public perceptions about the industry. It documented some of the social media tactics, misleading information and repetitive rhetorical claims that PEPANZ has made (e.g. transition will take decades; ‘clean’ gas is a ‘bridge fuel’) in spite of independent studies challenging such claims.

National has promised to end the exploration ban and push for more petroleum development if elected. “That’s precisely the wrong direction to go if we are serious about addressing the climate crisis and transitioning to a low carbon economy,” Dr Loomis stated.

Until now, the Government has avoided further measures besides the exploration ban claiming they could be economically and socially ‘disruptive.’ “It’s been a politically expedient stance with an election looming,” Dr Loomis said. “But public support for the government’s handling of the pandemic and calls for green recovery planning have provided the opportunity to consider further steps to end our reliance on fossil fuels and go hard on renewables and alternative transport.”

For example, the Minister for Energy and Resources Megan Woods could stop granting extensions to offshore exploration permits, end onshore exploration, cut all remaining industry supports, include climate change in the Purpose statement of the Crown Minerals Act, and revise the 10-year Resource Strategy to include rapidly phasing out fossil fuel extraction.

It was hoped environmental organisations, climate groups and policy makers would find the research useful in developing post-Covid19 energy and climate policy, and responding to the petroleum industry’s predatory delay campaign.

Terrence Loomis is an economic anthropologist and independent researcher specialising in the political economy of the oil and gas industry. He was Professor of Development Studies at Waikato University before becoming a senior policy advisor under successive National and Labour governments. His 2017 publication, Petroleum Development and Environmental Conflict in Aotearoa New Zealand (Lexington Books) was written while he was a Visiting Research Scholar at Victoria University’s Institute of Governance and Policy Studies. www.terrenceloomis.ac.nz