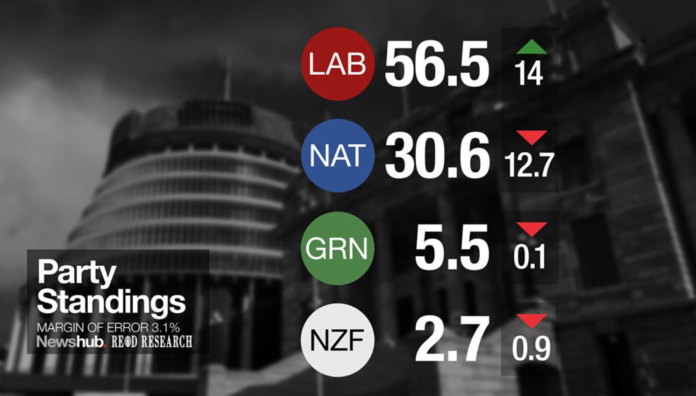 The Newshub Political Poll last night is as unprecedented as the pandemic itself.

No one in the MMP era has ever reached 56.5%, it allows for a majority where Labour could form a Government without the Greens or NZ First.

The stunning result, if repeated in the TVNZ Poll, could spell the end of Simon Bridges as Leader of National as a coup against him could be on the cards.

The simple fact is that the people of New Zealand feel that they have been protected and looked after by Jacinda, that her Leadership has made the self-sacrifice of lockdown worth something. That sense of shared sacrifice has created a political loyalty that sees the Prime Minister with 58.5% in the preferred PM stakes.

A majority Government for Labour would be a unique result but it would also bring unique responsibilities. Labour have been able to point to NZ First as a brake peddle on real Māori aspiration and welfare changes if Labour were the majority they couldn’t blame anyone else for a lack of progress.

This Election could reset NZ.