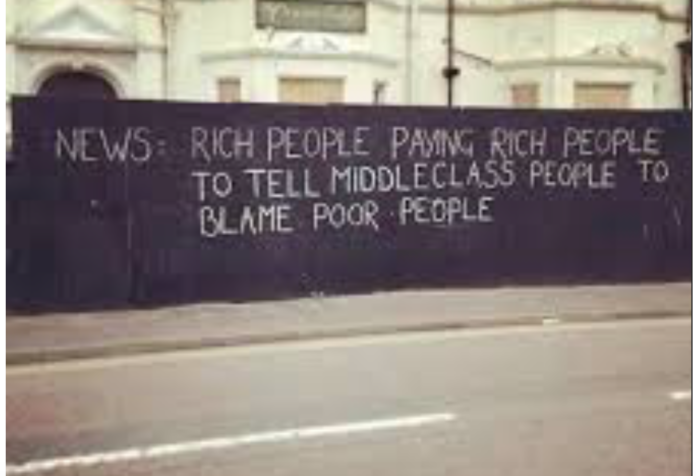 The journalist who insinuated that the Prime Minister not only kew about a serious sexual assault but covered it up based on nothing more than a Whaleoil level political hit job by The Spinoff, is begging for us to consider the financial problems of her foreign owned media company amounts to a public service…

RIP our jobs – and an essential public service

There is an important rule in journalism: never become the story.

We broke that rule last week, taking our cartoonish devotion to competing to extreme levels with a bitter battle over the future of Stuff.

Journalists are notoriously rubbish at business. The golden heyday of newspapers is long in our past.

The industry is also horribly bad at promoting its worth.

…the importance of the Fourth Estate in a Democracy is crucial if we want a functioning Democracy, and this pandemic highlighted that importance by showing well informed citizens would act collectively with solidarity for the public good.

Stuffs woes are part of the financialization model of conglomerate foreign ownership of NZ media, and we shouldn’t as taxpayers bail that failed model out!

As the great media guru Gavin Ellis points out…

No benefits in foreign ownership

We need to rethink foreign ownership of New Zealand news media. Put bluntly, no good comes of it.

A Guidance Note on the national interest test to be applied to overseas investment in New Zealand was released by the government last week. Among the enterprises subject to the test are ‘media entities that have an impact on New Zealand’s media plurality’. Apart from national security, the test is to assess both the effect on competition and ‘an investment’s likely impact on the New Zealand economy and society, and the extent to which any benefits to New Zealand are commensurate with the sensitivity of the asset being acquired’. There is also a character test, but the guidance note is at pains to explain this wouldn’t be an onerous burden on individuals.

The test, we can be reasonably certain, will ensure our media doesn’t fall into the hands of the Russian mafia or America’s alt-right movement. It may even keep our media out of the clutches of some of the less-reputable private equity firms.

However, a national interest test on the acquisition of media assets still presupposes that foreign ownership is not only permissible but, in certain circumstances, is to be encouraged.

When it comes to media assets the opposite should be the case.

In the days when media companies were worth something, overseas buyers injected significant capital into the New Zealand economy with their purchases. Therein lay the benefit of the transaction for New Zealand. However, over time the canny ones took it all out again…and more.

With the decline in investment value of media assets, there are no more large purchase prices, and companies are susceptible to takeover by groups whose focus is decidedly short-term and based on the extraction of any residual value that may have been overlooked. That, of course, would not be evident from their responses to the national interest test where, no doubt, their intentions would be ‘honourable’ and stretching into the distant future.

I’m reminded of an episode recounted by Jenny Lynch in her memoir Under the Covers after Brierley Investments took over New Zealand News and the New Zealand Woman’s Weekly (on which she worked) in 1988: “We felt extremely vulnerable. Bruce Hancox, Brierley’s chief hatchet man, fronted up to the staff. ‘We’re in this for the long haul,’ he told us. Fat chance. The ‘long haul’ lasted less than a year. In 1989 Brierley stripped the remaining NZ News assets…”

When that happened, the mastheads sold to various parties by Brierley survived (in the case of the Auckland Star only briefly). Much has changed in thirty years: Value stripping of media assets will now leave nothing but dry husks behind.

The writing has been on the wall for profit-seeking media investors. The next wave of buyers seeking quick-turnaround gains will probably be the last. They will see – or be responsible for – the collapse of traditional ownership as titles and services are diminished or closed. The collapse will be hastened if the investors are thousands of kilometres away, have no understanding of – or concern for – the culture of this country and their investment’s place in it, do not feel pressure from local stakeholders (in the broadest sense), and believe they can cut-and-run without consequence.

…the problem foreign owned media face in NZ is a market failure, and their existence and dominance here IS PART OF THAT MARKET FAILURE!

Andrea is right, we should see Journalism as a a public service, but that doesn’t extend to bailing out the foreign owned media conglomerate she works for.