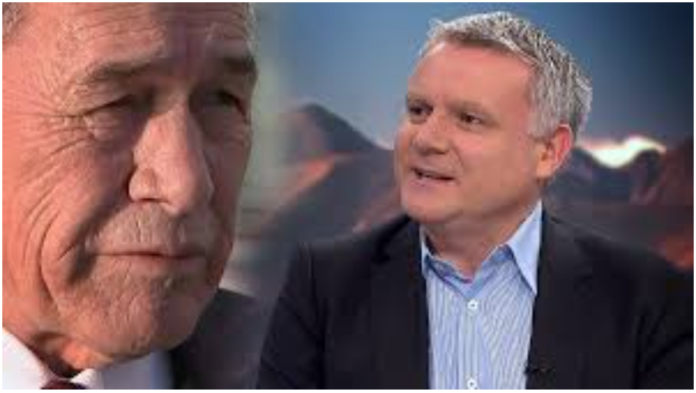 There was something odd about Matthew Hooton’s NZ Herald piece this morning castigating Winston for his remarks about the People’s Republic of China. Namely, in a piece that was significantly about NZ’s stance on Taiwan rejoining the WHO … he did not use “Taiwan” once. Instead, it was “Chinese Taipei” all the way through – and in a manner that seemed almost calculated to emphasize that name. Which is, if you were unaware, the PRC’s preferred way of talking about its “renegade province” on the international stage.

The only time Hooton came anywhere near saying “Taiwan”, was when he was comparing “”Taiwanese Splitters”” [in scare-quotes, presumably because he’s quite keen to kow-tow not only to the PRC’s preferred proper nouns, but also to try and make out that Taiwan’s divergence from the PRC isn’t really a real thing, either, whatever the nomenclature under which it occurs] … to the Chatham Islands pretending to break away from New Zealand in a bid to get the rest of us here in Kiwiland empathizing with Beijing upon the matter.

Now I know Hooton’s no fan of Jacinda Ardern, but I somewhat suspect that obliquely insinuating she’s Chairman Mao circa the late 1940s, is more than a few Bridges too far.

There’s legitimate space to discuss Winston’s remarks pertaining to the PRC recently – that’s one of the benefits of a free and democratic society, we can have free and democratic conversations about what our elected representatives come out with upon all of our collective behalves.

And while I do think that Winston is, in effect, coasting towards mixing metaphors by playing bull-rush in a China shop by openly disclosing that the PRC attempted to get us not to enter Lockdown, or asserting that Beijing wouldn’t impose significant trade-penalties upon us for supporting the Australian call for independent inquiry into the origins of Covid-19 etc. …

… that doesn’t mean I think he’s in the wrong for doing so. He’s standing up for New Zealand’s interests and independence.

Hooton’s perspective, by contrast, appears to be that letting China have its way – and at least as importantly, being seen to do so – is the best way to support New Zealand’s interests. I’m not sure if he’s to bothered about the “Independence” side of that equation.

Still, look on the bright-side. If Beijing chooses to make good on Hooton’s implied threats to stop accepting our exports, etc. …

… perhaps that means they’ll also stop buying up our politicians and newspaper columnists.