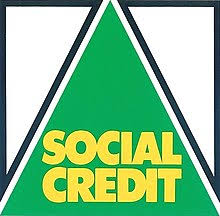 Treasury apparatchiks proved with today’s budget that they still have the Minister of Finance, Grant Robertson, by the short and curlys.

Instead of ordinary kiwis, it was they, and the banking fraternity they hail from, who won all the prizes from the giant spend the government is undertaking.

Despite Mr Robertson acknowledging there were other options, he lost the battle with the financial establishment and New Zealanders will pay the price.

Kiwis have been saddled with massive additional debt and interest payments which will fund bigger profits for the overseas shareholders of banks and other financial institutions.

Children as yet unborn will contribute to that profit, because the debt is unlikely to ever be paid off, and the environment will suffer in an all out push for unsustainable economic growth.

The economic merry-go-round of buying and selling bonds will also provide a substantial profit for bond dealers from ‘clipping the ticket’ on both purchase and sale transactions.

Kiwis will see a significant transfer of wealth out of their pockets into the pockets of the financial elite, further widening the inequality already plaguing our society.

The government had, in the back room, the Reserve Bank, a source of funding for its spending that could have provided debt-free, zero-interest money with no cost to taxpayers.

The $60 billion dollars the Reserve Bank is now going to create proves that such a source of money is available and re-directing it straight to the government would have been easier than flicking the points on a railway system and sending a train down a different track.

The low paid, people on fixed incomes, beneficiaries, the large number of kiwis now unemployed, and business owners about to hit the wall, now face a future without much joy to look forward to.

Some intestinal fortitude from the Finance Minister could have made that a very different picture.