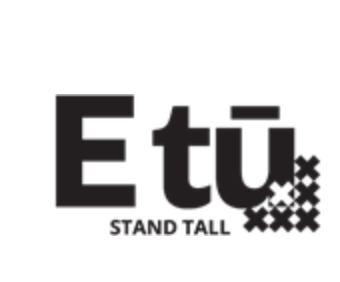 E tū members at Temperzone say they have been let down by their employer, citing a lack of good faith and basic respect.

Temperzone, a company that manufactures and distributes air conditioning and ventilation systems in Auckland, had forced many workers to use up all of their leave and take leave in advance.

The company also chose not to apply for the wage subsidy, meaning that workers weren’t necessarily given the 80% of their normal earnings while off work.

E tū member Simi Lo says the company’s behaviour is taking a huge toll on him and his family.

“The uncertainty, the lack of good faith, and the apparent lack of concern for us workers have been a huge stress on our family, causing a lot of heartache and sleepless nights,” Simi says.

“Advanced leave has been my only option – I had a family holiday over Christmas, so I either had to take advance leave or have no income at all. How would I have been able to pay the bills and feed my family?”

Many other Temperzone workers are in a similar situation, which will create many issues in the near future, Simi says.

“Some people don’t have enough annual leave or sick leave throughout the year, it’s only April and they’re expecting us to use up all our leave, but what happens if we have important family matters that we need to attend some times throughout the year? How are we going to apply for a day off if we run out of leave by then, and what happen if we get sick? Does that mean we still come to work if we’re sick?”

“These are smart, skilled workers who have been loyal to their company and have reached out to partner with the company to get through this. This crisis is not the time for top-down decision making. Our members simply want transparency and fair consultation, keeping our people at the heart of any response.”

E tū organiser Jen Natoli says that the company’s decision to leave workers out in the cold is a worrying sign, especially with possible redundancies on the cards.

“Temperzone have put out a proposal to axe up to 65 jobs at the site, which is already stressful enough for our members,” Jen says.

E tū members reported late Monday they had received letters with their selection criteria score but at the time of this release neither E tū nor FIRST unions had heard officially from the company.

“Now is the time for us as a country to pull together so that NZ owned and operated manufacturing companies scale up and become the backbone of a decent recovery. Now is the time to rebuild better, and that means keeping Kiwi businesses alive. Cutting jobs now will do the opposite. We call on the company to work through alternatives with us and the government to support our crucial manufacturing sector.

“This company manufactures products that help make homes healthy in a time when we have a housing shortage. There is a huge place for manufacturers like Temperzone as we rebuild, not only for our homes but also for providing decent jobs for our communities at a time when our economy needs to restart.”