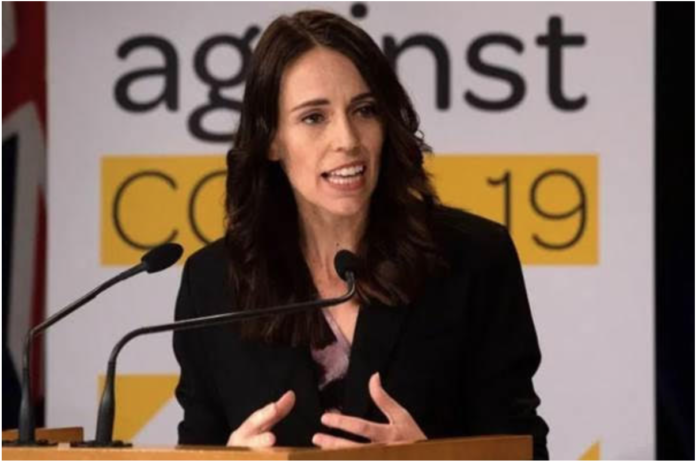 JACINDA ARDERN’S Covid-19 formula: “Go hard, go early” has proved a resounding success – at least in public health terms. Success on the economic front will not be so easy. The number of foes arrayed against her is formidable – all of them doing everything they can to erode the admiration she has won both at home and abroad for her handling of the crisis. That being the case, might it not be time for the Prime Minister to consider whether the slogan “Go hard, go early” has more than one application?

Waiting until 19 September to go to the polls, while constitutionally admirable, invites political disaster. Certainly, the National Opposition is convinced that electoral victory has become a simple waiting game. Waiting for the unemployment numbers to swell beyond anything experienced by any New Zealander under the age of 90. Waiting for upwards of a third of New Zealand’s small businesses to fail. Waiting for the levels of fear, anguish, resentment and despair to rise beyond the ability of even the most empathic of prime ministers to assuage.

And, while National is waiting, the mainstream news media will be doing everything it can to magnify the voters’ sorrows and incite their rage. The business community, still eager for every bit of assistance the Ardern-led government can be bullied into offering, will nevertheless damn it with faint praise: strongly suggesting that a considerably more competent alternative government is ready and waiting to put things (or should that be move things) right.

Yesterday (13/5/20) in a moving pre-Budget speech from the Beehive Theatrette, Jacinda told her compatriots: “New Zealand is about to enter a very tough winter.” The challenge she faces, politically as well as economically, is how to navigate the next four months so that they do not become “the winter of our discontent.”

The Prime Minister’s plan, as set out in her speech, is to pivot from health to economics without losing her “team of 5 million”.

First and foremost her government’s intention is to keep New Zealanders working. That, says Jacinda, cannot and will not mean embracing the grim doctrines of austerity: “[T]he notion that at this time of need we would make cuts to the essential services so many New Zealanders need more than ever is not only immoral, it is economically wrong.” These words offer not only reassurance to New Zealand’s most vulnerable citizens, but they also deliver a stinging slap to the faces of National and Act.

In her own words:

“Now more than ever we need our schools and hospitals, our public houses and roads and railways. We need our police and our nurses, and we need our welfare safety net. We will not let our team of 5 million fall when the times get tough, instead we will strengthen the blanket of support the Government can provide. We are rebuilding together, not apart.”

Stirring sentiments! But, as they say in the Ginsu ads: “Wait, there’s more!” The Prime Minister was not content to leave the electorate with nothing more than the standard government promises to single-handedly rescue the nation from its woes.

“In the coming month the Government will launch a comprehensive engagement programme that will pose a simple proposition – look what our team of 5 million achieved together in beating the virus, now what can we do together to get our economy moving again, to look after our people, and rebuild in a way that make things better than they were before. That will of course include the business community, but it will be broader too.

“If anything,” Jacinda continued, “the last few months have shown that united we are a formidable force. When we channel our energies into a goal collectively we are stronger for it. Prior to the virus we faced serious long term challenges – persistent inequality and poverty, the threat of climate change, the need to diversify the economy, low productivity, limited domestic manufacturing and an abundance of low paid jobs. Do we return to those settings or is now the time to find a better way?”

It is difficult to overstate the radicalism of the Prime Minister’s “simple proposition”. In effect, what she is saying is that the way out of the Covid-19-induced economic crisis must be determined by more than the usual business suspects. She is inviting everyone: from the corporate CEO to the hero on the supermarket check-out; from the bank economist to the welfare beneficiary; to have their say about the shape and purpose of their country’s “new normal”.

No prime minister in my lifetime has ever placed such an opportunity before the New Zealand people. We cannot afford to let it slip through our fingers. Jacinda’s offer must be taken up: by every union, every charity, every NGO, every church, and every citizen with a reason to want the New Zealand which emerges from this crisis to be better than the New Zealand that went into it. The Beehive needs to be bombarded with the submissions of the “democratic public” – that great choir of New Zealand’s better angels to which the nascent Labour Party first appealed for support more than a hundred years ago.

And we need to do it fast – as fast as we possibly can – so that Labour can compile the “people’s manifesto” with maximum speed. We must make sure that Jacinda and her colleagues can not only “go hard” for the progressive electorate’s support, but also, and much more importantly, “go early”.