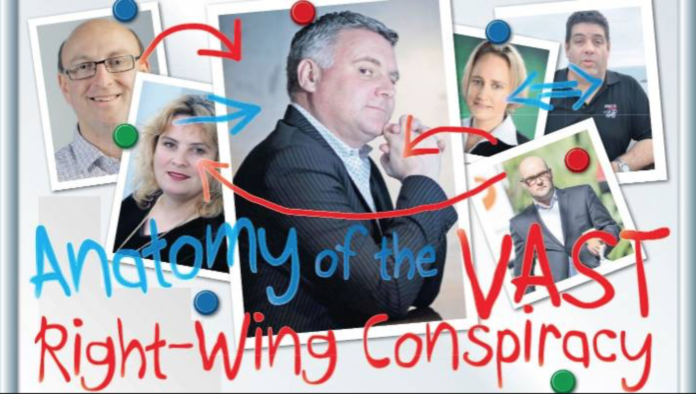 A good communicator and propagandist uses the pretence of reasoned argument to obscure their ulterior motives and manipulative persuasion techniques. A critic of propaganda shows how these techniques undermine the very principles of reason itself. The validity of any claim to ‘reasoned argument’ can be legitimately challenged, but only on the grounds of logic, evidence and/or verifiable scientific knowledge. Matthew Hooton is very skilled communicator and propagandist who sometimes over-reaches. When this happens, the absence of reasoned argument can be laid bare. His latest NZ Herald political column is a case in point (8 May 2020). The headline ‘Government Abusing Lockdown Powers’ begs the obvious question – why is the government doing this? Hooton’s answer is unequivocal.

But make no mistake; the government has now crossed the line from using its lockdown powers to maintain public health to cynically promoting its electoral interests.

If Hooton answers yes to a), then he needs to say so explicitly with arguments to support that position. If the answer is yes to b), then comparison with other governments needs to be made. If, from Hooton’s perspective, other governments also ‘crossed the line’ into cynical machinations for re-election, he needs to cite examples in order to properly evaluate the current New Zealand government’s motives. Not doing so leaves him open to the charge of selective bias. I will return to this point later.

Any democratically elected government with legal obligations confronts a logical paradox during a crisis. It may be necessary to suspend democratic freedoms in order to defend democracy. In this context, executive actions may undermine the rule of law as well as individual rights. During World War II, for example, Japanese military expansion triggered a crisis of national security. Prime Minister, Peter Fraser introduced compulsory conscription and strict censorship rules. These draconian measures were justifiable because democratic freedoms and the rule of law were existentially threatened (by fascism). Of course, such a justification was not so applicable after the Japanese military threat receded. Historians can legitimately criticise Fraser’s abuse of executive power beyond the security crisis period.

Similarly, draconian measures during a public health crisis also present a logical paradox. An overwhelming spread of sickness and fatalities nationwide will damage the social cohesion necessary for a functioning political democracy. Avoidance of this scenario requires at least some rules of law to be suspended. Yet to do so might be deemed unlawful. How, then, can draconian measures be justified on legal and constitutional grounds when the long-term health of democracy is the objective? The danger here for defenders of democracy is that suspension of legal and constitutional safeguards may become permanent and normalised even after the crisis has passed. At that point, public vigilance is imperative.

My point here is that Hooton attacks the government for abusing its powers without ever acknowledging the inescapable logical paradox of crisis governance. The recent legal debates have indicated how the lawfulness or otherwise of executive action is not an easy matter to resolve. This controversial matter must be considered in relation to one brute fact. The Covid-19 public health crisis is still with us, and the government has to deal with it. A resurgent second-wave outbreak would (paradoxically) necessitate the re-enactment of ‘Level 4’ powers to defend the legal basis of our democratic freedoms.

Now, allow me to identify what a real abuse of lockdown powers looks like. Paul Krugman’s recent New York Times article ‘The Other Pandemic: The One Infecting US Democracy’ (NZ Herald, 9 May 2020) details how Hungary’s Victor Oban has used the coronavirus crisis as an excuse to abandon constitutional conventions and rule by decree. Krugman then outlines how Republican legislators in Wisconsin backed by Republican appointees to the Supreme Court insisted on holding a state election during lockdown.

…the state’s shutdown had a more severe impact in Democratic-leaning urban areas, where a great majority of polling places were closed, than in rural or suburban areas. So the state GOP was nakedly exploiting a pandemic to disenfranchise those likely to vote against it. What we saw in Wisconsin, in short, was a state party doing whatever it takes to cling to power even if a majority wants it out – and a partisan bloc on the US Supreme Court backing its efforts.

Now this, in stark terms, is how a truly cynical promotion of electoral interests operates. New Zealand’s Adern government is not beyond criticism against the criteria of democratic governance. However, Hooton’s claim that the government has ‘crossed the line’ between crisis management and abuse of power for cynical re-election purposes is not supportable, logically or comparatively. In short, this is not reasoned argument, but specious propaganda.