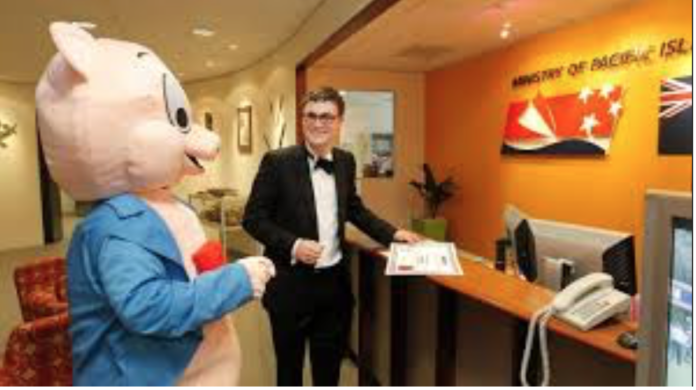 The legal botch up by the Government for not having the right legal provisions in place when they announced lockdown is embarrassing but with the consequences of not being locked down equating to the deaths of tens of thousands, New Zealander’s will quickly forgive.

The use of the Public Health Order gave them the legal cover they needed to tidy this up and it is still important that the check and balance to all of this occurs with a review to ensure the i’s are dotted and t’s crossed because you know, we all had our civil rights curtailed and we do kinda need the Government to be on very strong legal grounds when they do that.

Embarrassing but not as politically fatal as Death Cult Capitalist Matthew Hooton is attempting to present it as.

If you want to be angry at something today however, the jaw dropping abuse of our collective good will by rich pricks should make you incandescent with rage…

Three of the country’s largest law firms have paid back the millions of dollars they claimed in government wage subsidies.

A United States billionaire’s luxury New Zealand lodges have received more than $1.2 million in wage subsidies to support them through the coronavirus pandemic.

Julian Robertson, who Forbes estimates to be worth US$4.4 billion (NZ$7.3b), claimed wage subsidies for 187 staff employed across four tourism and hospitality businesses he owns.

A courier company that received more than $70,000 from the government wage subsidy scheme allegedly used the money for business expenses instead of paying staff.

Grant said Kiwi Transport Services director Nitin Nand spent the majority of the wage subsidy payout on bills and business expenses, while 10 staff had not received anything.

…our collective generosity with these wage subsidies was to ensure vulnerable workers weren’t dumped onto the street, what we saw was the wealthy and ideologically hypocritical stampede towards money that was never supposed to be used or abused by them…

The Taxpayers’ Union, a group which highlights what it sees as wasteful Government spending and argues for lower taxes, has been granted more than $60,000 in taxpayer money as part of the COVID-19 wage subsidy.

…if you want to be angry at someone today, don’t let it be at a Government rushing law  during an unprecedented national emergency, let the target of your rage be the wealthy and rich who took money from poorer people that they didn’t need.