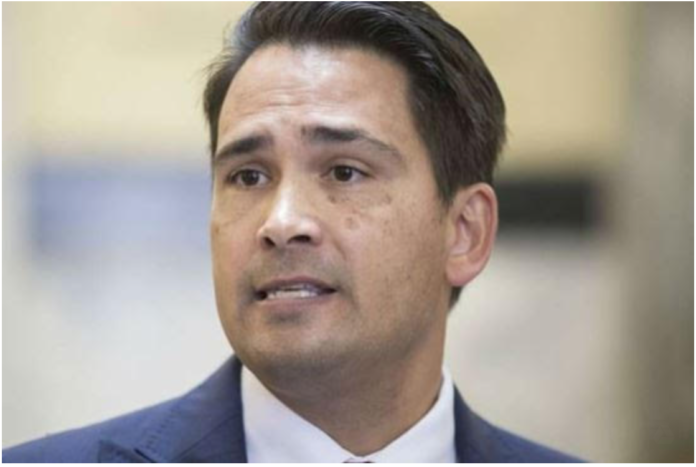 Offensively disproportionate as is NZ First’s influence on power in the Hallowed Halls, Winston has had and does have, the power to put a handbrake on economic asphyxiation which looms as a more debilitating plague, than COVID-19.

I did mention the inevitability of economic meltdown, in an earlier blog.

I also ‘came out’ on this blog as a social liberal but, where the economy is concerned!  I’m a hard-core capitalist roadster.

In my view, private sector commercial activity has been and will be, the source of taxes paid which provides salaries for government bureaucrats; essential funds for Health Education & Welfare and bailing Fletchers.

My income is your income. That’s how the economy works.  Taxation M8.

Fast forward.  For a while there, Winston sounded the warning siren:  A ray of hope glimmered in the darkness.

Meanwhile, Jacinda leaps from leading Labour out the back door, to an unassailable lead in the race to re-election 2020.  Good on her.  She took some hard calls.  But the wheels will fall off her chariot – sooner than she thinks.

As I’ve also said afore on this blog: Voters have short memories; they forget the good and vote according to the pain of the day.  Pain is on the way.

If I was a Labour Party strategist; I’d go for an early election.  At the moment, Labour would waltz in – no need for Greens and no need for NZ First.

Which brings me back to, why Labour is on a roll:  Paranoid propaganda by Health Bureaucrats and Jacinda rides a white horse.  But even the medical miracle is beginning to be challenged – let alone the economic melt-down.

Hey!  Our death rate per head of population is less than 0.05%.  Meanwhile, the casualty is economics: shut down and die.

Enter Simon Bridges – I’m not sure what he said – listening to his elocution trash the English lexicon is too much – but the drift seemed to be to assist the small businesses which provide the majority of jobs.  Remember!  My income is your income. That’s how the economy works.  Taxation M8.

Bridges took a stand for business and he was pilloried.

National party diehard Mathew Hooton even turned on him.  With friends like the bloke doesn’t need enemies.

But back to Winston.  He who loomed as a saviour of business (after all: he has some good mates in business ) appears to have, gone fishing?

Where is Winston’s call for balance between medical and economic salvation: the key to the country’s economic survival?

Having tested, which way the wind blows, maybe Winston puts his survival ahead of the survival of the private sector?

I’m not a fan of Bridges.  But at least he had the balls to stand up against this nauseating wave of paranoia – media driven – and driving NZ into a police state. 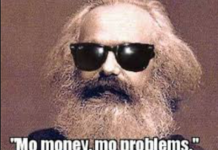 GUEST BLOG: Dave Brownz – Who is going to pay for the ‘recovery’? 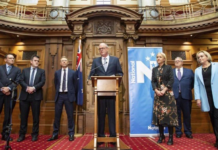 GUEST BLOG: Bryan Bruce – What we know, what say and what we do. 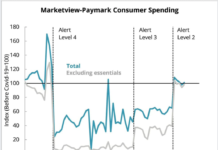 GUEST BLOG: Manu Caddie – A snapshot of NZ getting back on its economic feet