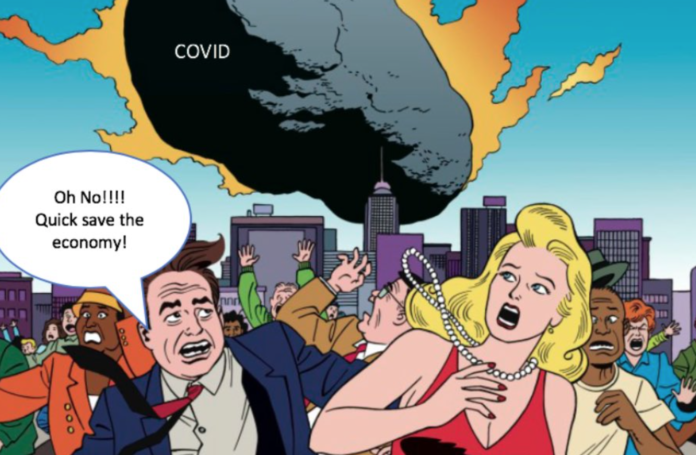 Death Cult Capitalists: ‘Hey slaves, time to get out to work now, my gold card air point perks are at risk, you must work to keep my privilege and wealth intact”

Slaves: “But Master, it’s the eye of the storm”

…so they turned to some middle class academics to try and mask the neoliberal self-interest of the Hooton and Hosking mouthpieces with the ‘Plan B’ Herd Immunity lunacy.

Coronavirus: ‘No evidence’ yet recovering from COVID-19 makes you immune – WHO

The World Health Organization (WHO) said on Saturday that there was currently “no evidence” that people who have recovered from COVID-19 and have antibodies are protected from a second coronavirus infection.

In a scientific brief, the United Nations agency warned governments against issuing “immunity passports” or “risk-free certificates” to people who have been infected as their accuracy could not be guaranteed.

The practice could actually increase the risks of continued spread as people who have recovered may ignore advice about taking standard precautions against the virus, it said.

“Some governments have suggested that the detection of antibodies to the SARS-CoV-2, the virus that causes COVID-19, could serve as the basis for an ‘immunity passport’ or ‘risk-free certificate’ that would enable individuals to travel or to return to work assuming that they are protected against re-infection,” the WHO said.

“There is currently no evidence that people who have recovered from COVID-19 and have antibodies are protected from a second infection,” it said.

…just pause and consider that. The Death Cult Capitalists were willing to kill vast swathes of the population for a ‘Herd Immunity’ argument that isn’t even true.

That’s a blood sacrifice to the Free Market Gods on the Altar of Milton Friedman that would make your average South American Drug Cartel blush.

National have been desperate for a new hard right attack blog since Whaleoil imploded, and they’ve found it… 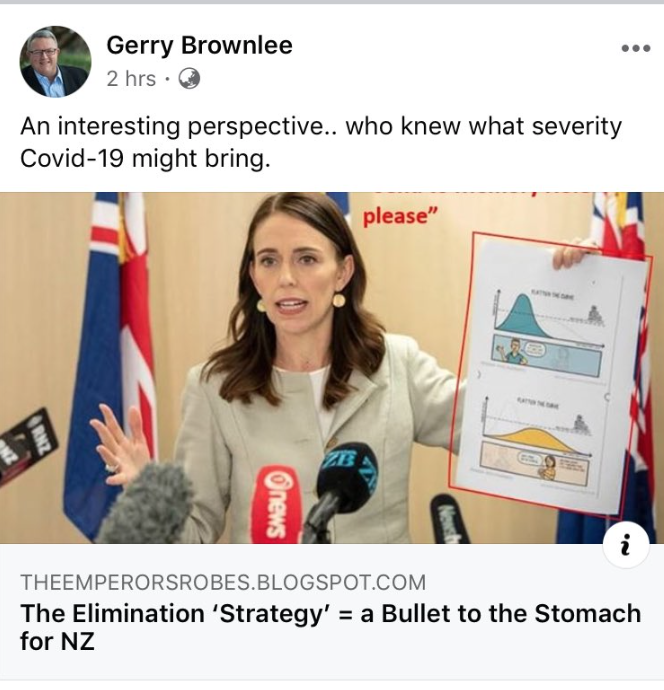 …the Death Cult Capitalists new narrative is to point to the amazing job this Government did saving lives by claiming the lack of deaths proves they over-reacted!

That’s right, because Jacinda’s leadership stopped the carnage we are seeing in America and the UK, that means she over-reacted!!!

The need for the Death Cult Capitalists to regain the narrative no matter the reality is driven out of desperation and fear. They are seeing NZers walk away from Free Market mantra as they huddle under the shelter the State has built.

The need to get back a normal that can now no longer exist is understandable but utterly tone deaf to the reality of fear that is gripping people’s real lived experiences.

People will look to the State to protect them, they don’t want Death Cult Capitalism doctrine.

The reason Bridges faced such a backlash online is because even his own supporters felt the weight of this threat and wanted recognition for their self-sacrifice.

The electorate accepts that necessary and painful change is coming, Death Cult Capitalists however believe free market business as usual must be returned and the denigration of Jacinda and Labour are a must win fight to stop the people from enslaving themselves to a bigger State.

It is a fight that will see National use any argument no matter its legitimacy.