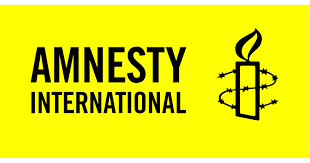 Amnesty International is calling on Corrections Minister Hon. Kelvin Davis once again to release information regarding the number of hours people are being held in ‘lockdown’ in prisons during the national lockdown.
Renewed calls for the information have been made today in the form of an open letter from Amnesty International that also details a growing petition for the Minister to urgently release the information.
The requests come after several reports from different individuals and organisations working on protecting the rights of people in detention, and following a denial from the Minister that there is an issue.
Amnesty International Aotearoa New Zealand Executive Director Meg de Ronde says a denial isn’t enough.
“New Zealand prides itself on respect and dignity for all – no matter someone’s background. Human rights standards that it has signed on to explicitly prohibit long periods of time in a cell without human interaction, particularly for vulnerable detainees.
We need to ensure that these standards are being upheld.
She says some rights are non-negotiable.
“While there are some instances where a careful balancing of rights is required, some rights are simply non-negotiable even during a national emergency. The fundamental right to be free from inhuman or degrading treatment is one of them.”
De Ronde says a healthy civil society requires proof and transparency behind statements.
“We really hope no one in our prisons is being held for so long without human contact. We once again encourage the Minister to release the information required to support his denial that this is occurring. The request sent off today includes a petition of 1,337 signatures, it’s evidence of a growing concern here which must be addressed. We have made this call a public, open letter in the name of transparency – something which is lacking here.”