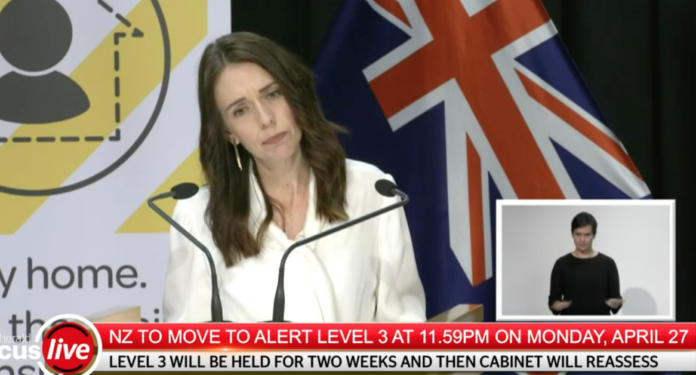 And she’s done it.

Jacinda has announced Level 4 will remain in place until 11.59pm Monday 27th. Tuesday is a Teacher’s only day so Children will be retuning on Wednesday.

Level 3 will stay in place for 2 weeks and Level 2 after that.

Level 3 is still very strict. Think of it as Level 4 but with takeaways.

What we need to start thinking about now is how the country rebuilds from the economic armageddon we now face.

New Zealand has dodged the public health nightmare, we now face just as enormous a threat from the economic fallout.

The borders will remain closed so tourism is out alongside the International Student Industry and migrant worker exploitation.

Until we have a vaccine – which is in of itself a challenge to gain – New Zealand’s economy, culture and politics will be altered forever.