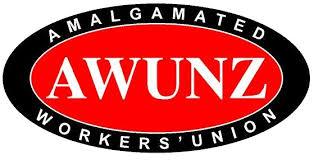 This global pandemic has created an opportunity to reset New Zealand’s economic priorities. A new negotiated Social Responsibility Pact needs to be worked through prior to us getting through this pandemic. This crisis demonstrates the lacking’s in the past economic structure in protecting and serving ordinary people and therefore presents an opportunity for the biggest cultural change since the Great Depression. Although what is stated below is employment centric only, the pact proposed should include housing, health, education and all types of insurance.

It is currently very clear to most people that the wellbeing of ordinary people should be the priority of our economy. Further we know the economy will grow in a much healthier way that achieves the wellbeing of New Zealanders if we rebuild and refocus the economy by providing the tools and mechanisms that support it and lead it in the right direction. For example, through focused training and retraining we can re-equip our ever-changing economy. We have an opportunity to foster some businesses and industries due to closure of our border and possible global restrictions.

We were promised a high-income yielding economy way back in 1987 “so we took the pain to get the gain”. It is now clear we ended up with a reverse of that promise and a greater gap between rich and poor than ever before.

The government must support change in the economy that abandons that model and supports a right to a high-wage economy.

If in the reset we achieve a fairer distribution of wealth, that would increase PAYE and GST returns to the Government from a better paid workforce and reverse the trend of low wages supplemented by welfare and corporate welfare.

We recognise that we have to improve productivity; we need enhanced technology as a low paid wage structure has not provided the ability to change and modernise our economy.

We propose Government supported Industry Training Centres that link into the proposed restructured ITOs for assessment and a co-managing agreement between industry and the relevant union, with free training for the first 4 years to retrain the unemployed from fallen industries and training of new entrants in each industry through a levy that would allow the industry to acquire the centres off the government over an agreed period at the original start-up cost.

We would recommend the UK Model CITB the Construction Industry Training Board as the preferred model (after many decades of delivering for the construction industry the current government has decided to close it down).

We also propose an improved industrial relations and framework that reinforces the rights of unions in the workplace to ensure balanced collective bargaining, and stronger health and safety laws to make companies more accountable would be progress.

We would propose to change industrial laws that enhance the ability of the relevant unions who have negotiated Collective Agreements in the industry, to negotiate industry agreements and/or project agreements where required because of the unique nature of the work.

An arbitration tribunal with binding powers to officiate over any dispute would reduce stoppage time without removing the workers right to withdraw their labour if ever needed.

To investigate a Co Determination model into the future.

With Respect To Government Procurement:

A Single desk procurement agency or department for any government tender over $100 million except the Provincial Growth Fund would be an improvement to the current process.

The State should not fear taking its own stake into business that the private sector may currently shy away from. History informs us that once set up and running there will be a number of private buyers available. For example: log exports to China exposed forest owners and workers to significant risk, these same logs could be milled into lumber or other quality, high-end processed product on shore for internal consumption or export to small but lucrative markets – there is no point competing on volume alone, which just leads to more log and job exports. This would lead us right back to the current model which we say is broken.