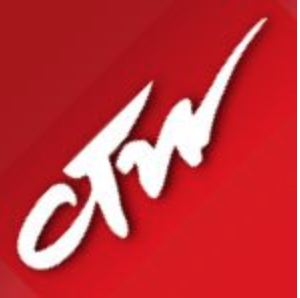 The Council of Trade Unions is the latest of a wide-range of organisations to join the call for Work and Income NZ’s relationship rules to be changed.

“While we acknowledge and appreciate what the government is doing with wage subsidy to help people stay connected with their workplaces, we hope they will extend their support for those who have lost their jobs,” says CTU Economist Andrea Black.

“Since the 90s the low wage economy, coupled with rising housing and food costs, has meant most households need two incomes to make ends meet.”

“The tax system treats everyone as an individual but the welfare system doesn’t. This is causing increased hardship for people who lose their jobs and are finding that because they are in a relationship, they are locked out of accessing welfare support,” continues Black.

The definition of a relationship on Work and Income NZ’s website is very vague and can vary from living together, to having a sexual relationship, whether others perceive them as a couple, or giving each other emotional support or companionship.

“One partner in full time work earning the minimum wage is enough to prevent the other partner from getting any amount of Jobseeker Support.”

“With more and more people becoming unemployed due to Covid-19 it has never been more urgent the government decides to change MSD’s outdated and discriminatory relationship rules,” stated Black.

“The way to safeguard our country through Covid-19 is to ensure that everyone has the income they need to get through this.”

“That means individualising benefits and continuing to increase benefit rates beyond the $25 they have already done, to realistic, liveable levels. As was recommended in the Welfare Expert Advisory Group report” continued Black.

“The government should instead be seeking to support strong connections between people and build strong, resilient communities. The solution is for people in government to change how relationships are treated by Work and Income New Zealand so people get what they need to live a dignified life that does not trap them in poverty and make them fearful to build relationships.”

Sole parent and recipient of the Supported Living Payment, the benefit for people with chronic long-term illnesses or disability, Hannah McGowan says life was hard before Covid-19 but now survival is almost impossible:

“We were asked to stock up on supplies for a period of self-isolation, when many of us struggle to live week to week. I am considered a ‘high-risk’ to complications and death from COVID-19 due to the immune-suppressing medication I have to take. My need for new, essential items such as antibacterial wipes, hand sanitiser, extra soap, and cleaning supplies has decimated my impossibly low income,” says McGowan.

“Everything I buy must be sanitized or isolated. It is exhausting, costly, and stressful. People like myself need to buy ahead to stay safe, but the extra costs have meant I have maxed out my credit card already,” continued McGowan.

“When PM Jacinda Arden announced Level 4 she said that even in this strict self-isolation period, people can have one designated person to help them out if they are alone. But under the current WINZ rules, if I get emotional or financial support from anyone, I could end up being investigated for being in a relationship. It is time this punitive and cruel policy was abolished permanently,” states McGowan.