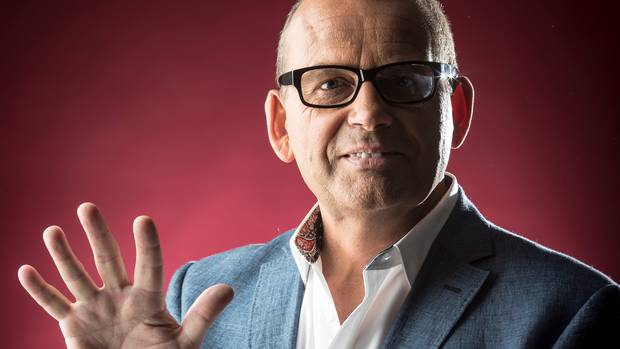 Broadcaster Paul Henry is returning to New Zealand TV screens with a brand new show that starts next week.

Rebuilding Paradise with Paul Henry premieres Monday, April 20 at 9.30pm on Three and its 30-minute episodes will be broadcast four nights a week for four weeks.

The series is described by MediaWorks, which owns Newshub, as a positive yet hard-hitting show, aimed at finding the truth about where we are as a nation as we come out of lockdown and what possibilities lie ahead for us in the future.

The market has been broken because Facebook and Google have sucked all the advertising revenue out of NZ which means Paul Henry is the future of MediaWorks.

Long term solutions are either making TV One advertising free (which would force advertisers to move to TV3) or a special media tax on transnationals which is ring fenced and put back into NZ broadcasters.

Short term solutions for Mediaworks are cutting expensive programs like The Project and replacing them with cheaper studio based operations using broadcasters like Paul Henry who have the ability to generate outrage while keeping a large audience.

MediaWorks will need to scout for broadcasting talent who can do their thing inside a studio rather than expensive writers and costly post production. The short term future will be more like talk back radio with pictures that can generate ratings and gain advertising profit from greatly reduced costs.

That’s what we are seeing with Henry announcing a new week nighty show. It will either replace The Project – which costs a fortune – or become a new night show.