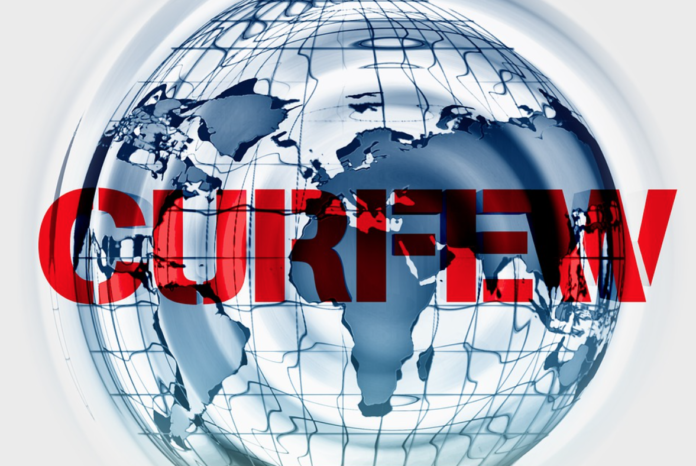 The news today sounds good; “only” eighteen new cases. The lowest so far in a week. However, with testing far lower than usual because of the Easter Weekend, the fear is that the low number is misleading and we simply haven’t picked up more. Tuesday’s 1pm “presser” will give us a clearer picture hopefully.

Sunday is my one day off and aside from a few activities, I plan to do – nothing. At 9am I watch Jack Tame present the week’s Q+A. Guests today are Dr Ayesh Verrall, an Infectious Diseases Physician and senior lecturer at the  Department of Pathology and Molecular Medicine in Wellington. She shares her knowledge and insights on covid19 and what we might expect from the contagion.

She is followed by Chris Hipkins, Minister for Education, on how schools will gradually re-open. There is talk of children observing the 2 metre rule. I shake my head at the naiveté of this. The only kids who isolate others are cliques who happen to be ostracising their chosen target-of-the-day.  Anyone who things kids will observe the 2 metre rules when many adults forget or can’t be bothered, don’t understand young people.

There is discussion surrounding foreign students (or lack thereof) and how schools and Universities will cope without their income. Jack Tame ask if government will pick up the tab for the shortfall.

The question should be why we ever allowed education to be corporatised and turned into a commodity in the first place. Oh yeah, tax cuts. Well, I think the fragility of relying on overseas students to top up our education funding has been exposed for the rort that it is.

Chris Hipkins may have let slip that the government intends to drop down to Level 3 Alert at some near stage by pointing out that “going from Level 4 to Level 3 doesn’t mean things get back to normal”.

Chris Hipkins is followed by James Shaw with discussion on planned water reforms. Evidently Federated Farmers want reforms put on hold because of the current crisis and it’s putting too much pressure on their members.

But, but, but… I thought farmers were already doing the water reforms themselves?!

James Shaw was asked about deferring the election from 19 September to November. His wise response: it’s up to the Electoral Commission to decide, not politicians. Which sounds fairly reasonable considering that bother NZ First and National want to defer the elections for the good of the country, of course. *rolls eyes*

James Shaw was adamant that climate change was still a threat that must be tackled as urgently as before. He pointed out the massive costs to future generations of not just paying back the colossal debts incurred by the pandemic crisis, but also damage which will inevitably flow from climate change. Double hit to our children.

Efeso Collins pointed out the folly of lifting the lock-down too early and the resurgence of covid19 in countries where they had had prematurely.

Fran O’Sullivan was having none of businesses whinging that the government should be drawing up plans for them for the lifting of the lock-down. She told them to do their own planing and they should be doing it now. She was adamant that businesses have a responsibility for planning and not to rely on central government laying down the rules. (Oh, the irony…)

Fran O’Sullivan said that Simon Bridges and the National Party will have to re-calibrate their economics policy, in the light of the massive damage inflicted by the pandemic.

Efeso Collins agreed with Winston Peters that the election should be postponed to 21 November.

Both agreed that Prime Minister Ardern should have sacked David Clark on the spot.

After Q+A, some light lunch with feijoas off my tree; and then take the car to fuel up at the local Waitomo outlet.

Then a look at what’s been happening in the media…

RNZ reported a poll carried out by Research NZ that showed the over-whelming number of New Zealanders would agree to extending the lock-down by a further two weeks if it were necessary;

…87 percent felt most New Zealanders were observing restrictions on movement. This week it has fallen to 79 percent.

“What that’s telling me is that more New Zealanders are thinking that other people are not observing the restrictions. Perhaps that’s got to do with some of the media coverage we are seeing.”

In relation to police getting tougher, 85 percent agreed and 72 percent said a 10pm curfew should be introduced to restrict any unnecessary travel.

When it comes to other people not observing the restrictions, it’s hardly surprising with the statistics released by Police;

847 breaches of the Covid-19 lockdown rules, comnprising of,

Those are disturbing numbers. Especially as they appear to be an increase from last week; “367 breaches on April 8, with 45 prosecutions and 309 warnings“.

What should be even more troubling is how many are escaping detection? If even one percent of those 847  breaches carried a covid19 infection, that’s potentially up to eight people wandering around spreading infection.

Worse still is Police time and resources being wasted by self-indulgent idiots, not just breaching lock-down, but holding full-on parties;

And then, this fiasco and example of stunning moronic behaviour;

It appears from various media reports that not only are people flouting the life-saving lock-down, but are taking the piss when it comes to the Police;

“Over the duration of the lockdown period, police have received thousands of reports relating to Alert Level 4 restriction breaches and police have been following up this information, with enforcement action being taken in some instances.”

Glossop said officers cannot attend every job but priority is given to jobs where there is an immediate risk to people or property.

Vehicles were in the car park, where people often leave their cars before doing a loop track in the nearby Department of Conservation reserve.

Ged Blackbourn, who lives nearby, said he had seen the car park full at times.  Police had occasionally visited to drive people away, but it quickly filled up again, he said.

When Police follow through on only 109 prosecutions out of 847 breaches – a 13% enforcement/prosecution rate –  what else do they expect the idiot to do?  Of course they will persist in flouting the rules.

Let me point out that if I’m 10kms an hour over the speed limit on the motorway and I get “pinged” by a radar van or police in a car, the ticket/prosecution rate is: 100%.

I do not get a warning. Not “advice” on how to drive safely. The ticket is issued without discussion.

Wouldn’t it be great if I could speed at 110kph if I’m late to work, knowing there was only a 13% chance I’d get prosecuted if caught?!?! So why treat the flouters of the lock-down any different?!

Note this bit:  “Officials are begging people who aren’t already on Auckland city’s islands to stay where they are.”

So if rule breakers are white Middle Class boat-owners, officials have to “beg” them to comply with the rules?

When is the last time WINZ/MSD “begged people” when it came to questioning their welfare entitlements?

If I may misquote from “Cool Hand Luke“;

If/when we beat covid19, it will be no thanks to these people.

Next item on the agenda: the so-called “Taxpayers Union”, a thinly-disguised front for the National/ACT Party. The TU is calling for salary cuts in the state sector;

“A temporary salary reduction for those paid the most in the public sector would be a prudent and compassionate response to the pressures faced by households and businesses across New Zealand. Business leaders predict unemployment to rise to around ten percent in the coming months, and private sector bosses are taking financial haircuts to limit the impact on lower earners.”

“The average public sector salary is around a third higher than that of the private sector. They also have the luxury of far higher job security. A twenty percent pay cut is a small sacrifice in these extraordinary times when so many New Zealanders are losing their jobs.”

Which is so ironic that it beggars belief. It was only 36 years ago that neo-liberalism swept through Aotearoa; state assets were privatised; and a corporate ethos introduced into government departments and local bodies. The parroted justification given by the Right when discussing high salaries for the State sector and Local Body bosses is that they have to compete with the corporate sector.

The Right introduced corporate-style “market rates” for state sector/local body bosses. Not anyone else. They did this.

Indeed, this was the very point of the State Sector Act 1988.

–have the colossal cheek to complain about bloated state sector salaries?! Their hypocrisy, like our Universe, is boundless. They are not to be taken seriously; they are charlatans. [Hat-tip: Martyn Bradbury]

Meanwhile to cap off a day when we should have been celebrating the decline (hopefully) of a microscopic foe, this reminds us that where there is brilliance – there is also crass dumbness;

— which – bizarrely – is the polar opposite to what he wrote on 23 March;

Are there two Gareth Morgans with differing opinions? (Poor cats!)

Has he been sipping one shandy too many, perhaps?

As before, I am reminded that what I fear most is not a highly contagious virus that has killed over 109,000 people…

… but the irrationality of some of my fellow human beings.

But to end on a lighter note, I offer this witty piece from Andrew Gunn;

TVNZ: More than 800 breaches of Covid-19 lockdown rules with 109 prosecutions

Fairfax/Stuff: Somewhere on the road between Tauranga and Wellington, a Zoom meeting

The Daily  Blog:  The Taxpayers’ Union, the great champions of the free market are taking Government Money