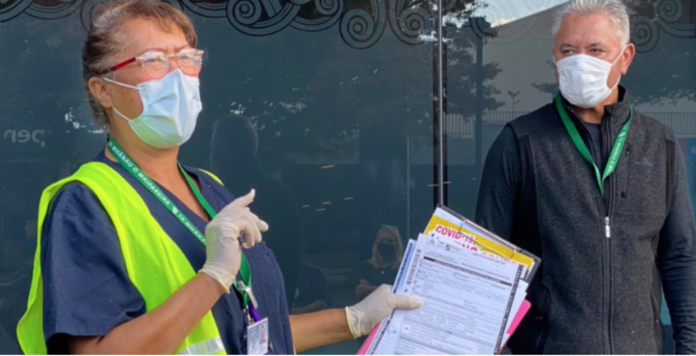 One of the biggest dangers we have right now with the pandemic is the lack of effective community-wide testing.

If we don’t know how many people are sick, we can’t effectively manage the illness.

The Waipareira Trust has taken matters into their own hands and have set up a drive-in assessment centre in west Auckland to test whanau and provide immediate health advice.

This innovation follows other Māori groups around the country from Hone Harawira’s checkpoints up North to similar groups on the East Coast as Māori are left once again to fend for themselves and their communities.

During the Spanish Flu 100 years ago, local whanau would stand at the end of their roads with shotguns to stop outsiders arriving to spread the disease because they knew then as Māori know now, that Government looks after itself first and Māori last.

To attack these self-protective moves and community testing initiatives as Don Brash and Radio Talkback hosts recently have, ignores the history of this land where Māori welfare has always been nothing more than an afterthought.

Māori are sick of being the statistic and their agency to protect themselves and protect their community is one the rest of NZ needs to urgently follow if we are to get through this.

Pakeha have much to learn from Māori resilience.