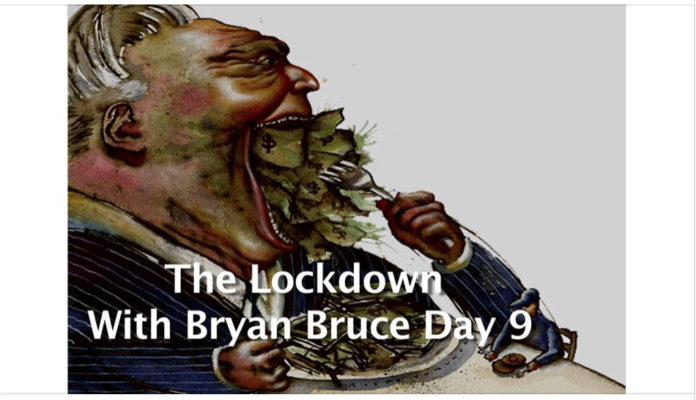 When are we going to learn that foreign capital doesn’t give a damn  about you and me?

Last week we learned that the German based  Bauer Media Group will stop publishing in our country.

I see the  group is blaming the Level 4 Covt 19 restriction and loss of  advertising  for their  demise and I imagine we will see some political party finger pointing in the next few days.

But the reality is this foreign owned company will have been looking at how to cut cost  for quite a while now and the Covt 19  epidemic has simply  provided the reason for setting  it’s New Zealand operation adrift to make its global balance sheet look better.

Never mind the workers and their families involved.Never mind  the long history of a magazine like The Listener which, for over 80 years now, has been a hub for New Zealand  writers to tell stories which reflect our culture and identiy.

So what are we to make of this closure?

Well , we have to ask ourselves a couple of questions

The first is – how did one foreign owned company get to own most the magazines in our country?

The answer is that for over 30 years now neolibera lpoliticians on both sides of The House have argued it doesn’t matter who owns something just as long as we get to use it.

The trouble is,as we have just seen, foreign capital has no loyalty. It doesn’t care about the lives of its workers . You can tell that’s so  from the language neoliberals use . The workers are not “people” or to use a pre neoliberal word “personnel” they are a “human resource” – a bottom line item you can cut overnight if it is affecting your shareholders’ profits.

My  second question  is – who are Bauer Media Group?

The answer,  it turns out, is that  they are largely one person Yvonne Bauer . She owns 85% of the global Bauer Media Group . She is in her early 40’s and her net worth is somewhere is variously estimated as being between 2 and 3 Billion .

In my view she  is symptomatic of what neoliberalism has made possible  over the last 30 plus years since Neoliberal economics has been in ascenancy – namely that  fewer and fewer people in the have been able to grab  more and more of the wealth of our planet That’s particularly true of New Zealand which many of the super rich see as a bolt-hole from the world wide  mess they have created.

So once this covt 19 epidemic is over we need to remember  how international companies like Bauer behaved  during this time and stop allowing foreign capital to  plunder our economy in the good times and dump us in the bad.