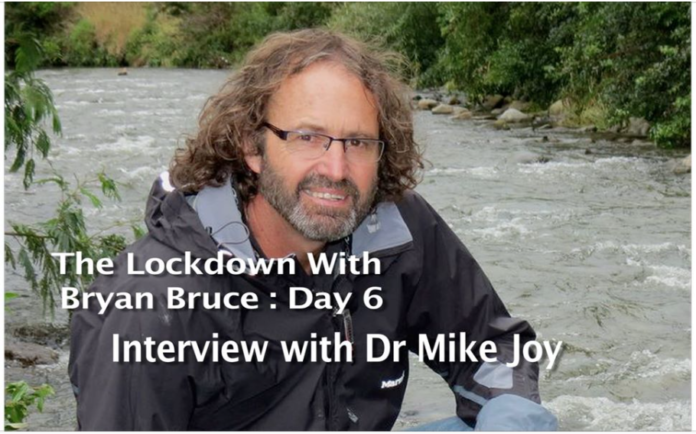 Did you know that nitrates in our ground water may be linked to a rise in bowel and colon cancers or that some NZ Farmers are being paid millions of dollars by our government NOT to farm in order to preserve two of our largest lakes ?

Mike Joy is a freshwater ecologist , who used to be a Dairy Farmer thinks its a great idea .
I spoke to him on Skype today (as I will speak to many New Zealanders in the coming days) about how he wants our country to be different after the pandemic is over.