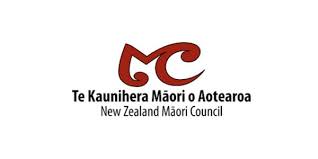 The New Zealand Maori Council has called for a strategy around the rental market as many New Zealanders begin losing their jobs and yet the cost of living remains. The Executive Director of the Council, Matthew Tukaki, has said that with the Governments support packages, measures announced by both the Reserve Bank and the major banks its time to also address the rental market:

“We know the single largest impact on household budgets is keeping up with the rental payments and we also know that if the estimates are correct, tens of thousands of people losing their jobs, then obvious unless this major cost is abated then people run the risk of becoming homeless. The reality through lower interest rates, subsidies and access to refinancing a lot of landlords out there are effectively receiving a subsidy or financial support. This needs to flow on to rents also whereby they are lowered, subsidised or, like some other countries around the world, the pause button is hit.” Tukaki said

“We would like to see a rental subsidy program in place for at least 20-30% for those on low to middle incomes where their employment has gone or where they are at risk. This includes looking at the accommodation supplement to be broadened. While landlords can refinance to put hold on their costs its near impossible for renters to do the same unless a direction is provided.” Tukaki said

“In addition, its time for a price freeze on essential goods such as consumables from food staples, sanitary products and some household goods.” Tukaki said

“There are unprecedented times and we must act to also push back against unnecessary financial distress and so on.” Tukaki said