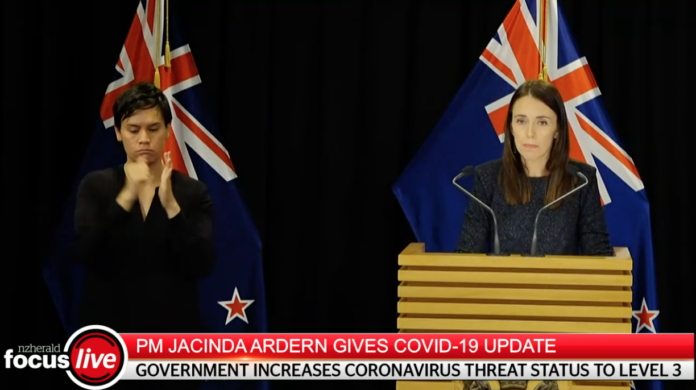 It is inevitable as a country that we needed to rapidly move to level three and four in our response to be able to suffocate the spread of the virus.
This will shut down most economic activity and working people must be protected beginning the workers in the front line of confronting the crisis.
The government must ensure all working people, in jobs or not, receive a living allowance through the next six months or until it is abundantly evident we have conquered the viral threat.
Any essential service like those in transport, food distribution, or health care, that tries to sack workers or shut down its operations and walk away should be taken over by the government to ensure continuity.
Private hospitals care should be nationalised and integrated with the public system.
The problem with the current system is that it is based on commodity production for profit. If businesses can’t make money they won’t invest. If banks can’t make money they won’t lend.
For 150 years that system spread across the globe and revolutionised production and trade globally. It has achieved almost continuous growth at an average rate of 3%. This rate allowed it to double in size each quarter-century.
But increasingly that system has become inimical to the survival of the human race and the planet we live on.
The system’s short-term profit-seeking myopia is also destroying the atmosphere we breathe and has allowed global warming to reach the level where there will soon be irreversible feedback loops we can’t control.
The way we produce and distribute food destroys the soil and poisons our diets. Take New Zealand’s Dairy industry as an example. The land and waterways are being plundered so Fonterra can use coal to dry the milk into a powder of very modest nutritional value to be exported to China and eaten by a middle class that is convinced it should despite widespread lactose intolerance.
Vast forests that are the lungs of the planet are being gobbled up for short term exploitation and profit.
We produce vastly more than we actually need as businesses compete with each other to become number one and destroy their rivals.
Vast numbers of commodities are produced and then destroyed if they can’t be sold for a profit.
Capitalism’s crises are actually crises of overproduction of commodities relative to the system’s ability to seel the collective proceeds of humanity’s effort for a profit.
The last few decades have seen an explosion of debt as the only way to keep the system ticking over.
That accumulated debt mountain has become the systems Achilles heal. It is toppling over today and it will take us down with it.

Late capitalism has reached an impasse.

The Covid 19 virus was the trigger that has tipped the system over and we will never be the same again.
We face a crisis like the Great Depression of the 1930s with 20-30 percent levels of unemployment across the globe unless we decide to go in a completely new direction for the recovery that is needed.
The greed of the one percent drove the reckless debt creation and frenzied stock market rise. Private equity companies have taken over more and more companies and loaded them with debt to avoid tax while they restructure and rip up workers’ rights.
The last decade has also seen most major companies do share buybacks which pushed up share prices and rewarded the existing stockholders.
The bailouts that happen as a consequence of the crisis and recovery that is to come should not be a bailout of the shareholders like in 2008 but a bailout of the workers.
When we restart production and distribution working people should be in charge of what, when and how this is done.
Air New Zealand has for example, effectively been completely nationalised to ensure its survival. But the new Air NZ should be happy to have half the number of planes it currently has because the planet can’t keep using air transport as the principal means of moving people and freight around the globe to protect the climate.
Everyone’s job should be protected and transitioned to new occupations if the new 30-hour workweek we will adopt for the jobs in the future (with 40 hours pay) can’t employ them all.
A new Air NZ Board shouldn’t be appointed because of their ability to create the biggest and most profitable airline possible. That is currently their legal obligation. We need a board that can count money but also has environmentalists, scientists, engineers, airline workers. Their job is to have a plan for the future of the airline and industry which can be put to the people for a vote. Maybe we could look at the use of airships as an alternative for example. The board members would receive a very modest reward for their public service rather than showered in money like today.
No one would earn a salary of more than $200,000 and all wages should start at the living wage.
Except for the US, we don’t use private profit companies to manage health care, education and many other services.
All other key monopolies and services like banking, insurance, energy production and distribution, transport should also be run as public services with democratic planning and workers co-management and control.
Today, in the crisis we have, humanity’s basic instinct to care for each other comes to the fore when we are allowed. Competitive capitalism has been a barrier to the flowering of those values based on the solidarity needed to transition from Ape to Man and the earliest forms of collective hunting, gathering and farming that created us as humans. That collective solidarity must be restored at the heart of the new way of doing everything that this world now needs for its survival in the very short and very long term.