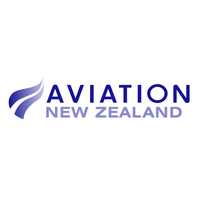 “The Minister announced various measures at a high level. We understand that more work is occurring at officials level to operationalise what was announced. Following discussions with the Minister and his officials, we are confident that General Aviation will benefit from the measures announced,” said Nicholson.

“I also understand that aviation companies have not been slow in signing up for the wage subsidies announced earlier in the week by Finance Minister, Grant Robertson’” Nicholson said.

While we think of airlines and larger airports in New Zealand in the same breath as Covid-19, we tend to overlook the importance of General Aviation to New Zealand, and the impact it is having on them. “All is not all doom and gloom,” said Nicholson.

Many of the small third tier airlines and all of the tourist flight operators, have lost most if not all of their customers, especially those dependent on international tourists. However, agricultural aviation, pest eradication, search and rescue, medical transfers, other industrial work, flight training and aviation training generally is continuing.

There are several signs now that the Chinese and Japanese economies are improving and demanding products again. The importance of retaining international air links to benefit from this growth is essential. But to get many of the high value fresh products from the regions to international airports requires General Aviation. A real challenge is to keep these regional aircraft flying when they aren’t carrying many passengers.

Another challenge Nicholson admits General Aviation is facing is in maintenance repairs and overhaul (MRO). These are essential functions and subject to strict regulatory control. When the smaller aircraft reduce flying or stop flying, it impacts on the viability of the MROs.

“General Aviation feeds into the large scale commercial aviation too,” said Nicholson. “It is vitally important that we keep the sector functioning and that in turn will help Air New Zealand recover.