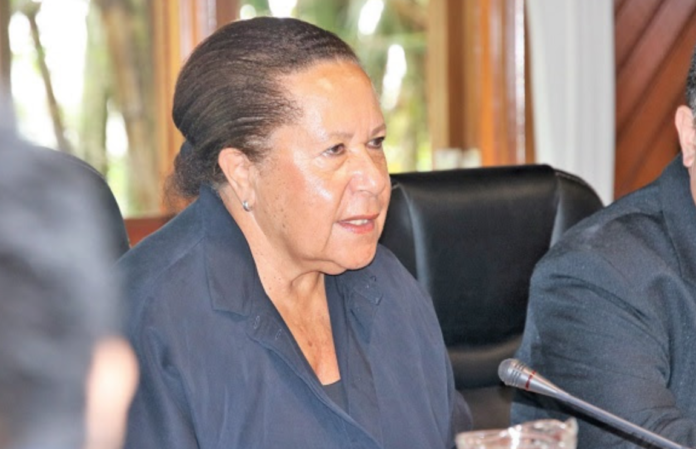 The Secretary General of the Pacific Islands Forum, Dame Meg Taylor has expressed concern on the findings of the latest World Meteorological Organization (WMO)‘Statement on the State of the Global Climate in 2019’ released last week which confirmed that the average global temperature increase has now passed 1.1 degree Celsius.

“The global temperature increase is alarming. We need ambitious climate action now if we are to maintain the spirit of the 2015 Paris Agreement,” said Dame Meg Taylor.

The WMO Statement on the State of the Global Climate in 2019 confirms that the last five years were the warmest on record. It also states that ocean heat content and mean sea level rise recorded new highs last year. Global climate projections show that under all scenarios, temperatures will continue to warm – and years such as 2019 will become the ‘norm’ of this decade.

The Secretary General stressed that global action this year, as we prepare for COP 26, is critical to start reversing the climate change trends. “As we approach the 2020 milestone of the Paris Agreement, and as reflected in the Kainaki II Declaration, countries must meet or exceed their Nationally Determined Contributions in line with the 1.5 degree Celsius temperature goal and formulate 2050 low emissions development strategies. Developed countries must also meet their climate finance commitment of USD 100 billion, by this year. The future of the Blue Pacific Continent and our world depends on it”