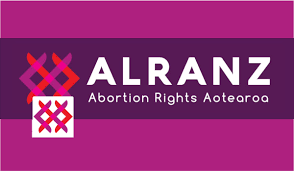 The letter acknowledges the Abortion Legislation Bill is not perfect, but is still an improvement on the status quo.

ALRANZ’s open letter has garnered over 1500 signatures in total. The letter and signatures can be viewed here. Signatories include Michele A’Court, Wellington City Council members Rebecca Matthews and Tamatha Paul, the Rt Hon Helen Clark, and others.

“The days when pregnant people have to lie about their mental health to get the health care they need must come to an end,” said Terry Bellamak, National president of ALRANZ.

“Even without safe areas, this bill promises to reduce delays and make abortion care more accessible everywhere. The current system is a postcode lottery, with people in the main centres enjoying almost reasonable access and people in the provinces suffering delays, trouble, and expense.

“This situation has continued for over 40 years. It has to stop.”