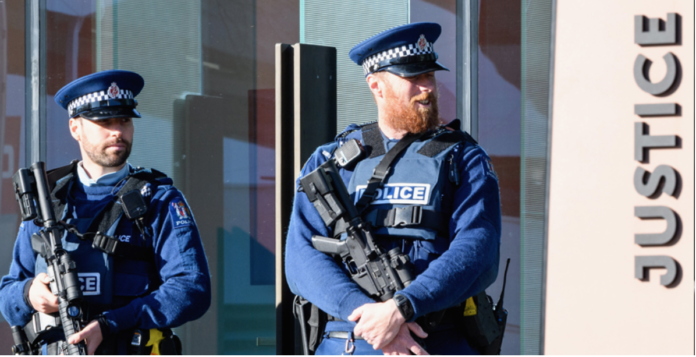 The results from the armed Police trial have been made public and the numbers suggest a terrifying failure of public policy.

The idea behind armed roaming Police units made sense.

In light of white supremacy terrorist attacks and escalating gang violence driven by imported Australian gang members, the argument to have a roaming armed Police squad who are well trained to respond immediately makes sense.

Previous to this, AOS call outs required AOS members to be pulled from front line service to converge on HQ and gear up from there. That takes time.

If a situation unfolds with guns, you want well trained armed Officers responding as quickly as possible.

The fear was always mission creep. That these armed roaming Police units wouldn’t be used for just armed events, that they would start being used for anyone who they thought had a weapon or any event that could have a heightened risk element attached to it, or even basic policing.

And what have we seen?

The numbers are damning.

In the 5 weeks of the trail, these armed roaming units were deployed 2641 times!

To allow Police to escalate using armed police in such a grotesque manner is a recipe for disaster, especially when you consider that the Independent Police Conduct Authority came out earlier this month complaining they weren’t resourced enough to investigate police abuse of power.

The one watchdog over the Police is so underfunded it can’t keep the Police accountable at a time when Police are ramping up their powers.

Research tells us Māori and Pacifica have the most to fear from Police shootings in NZ, public policy has an obligation to provide basic rights and agency to every one of us, not entrench bias and empower it!