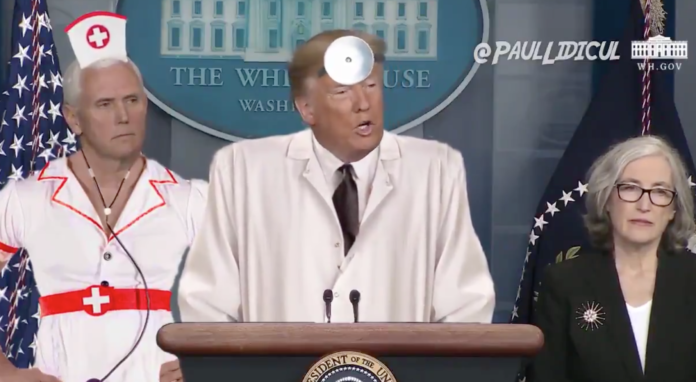 With a market in free fall, Trump double bounced the dead cat bounce with an announcement of a national emergency just before the markets closed to go into the weekend with the masquerade of recovery.

He has bought himself 48hours.

This announcement is concerningly hollow – if they are officially saying 1500 infections, it will be in the tens of the thousands within the community – they still barely have millions of tests & have no idea how many actual tests have been taken!

He announced a website (that’s not up yet) and that they almost might have some testing kits ready.

This is like boasting about the dinner menu on the Titanic hours before it hits the iceberg.

Only Trump can do a shout out to the Fracking industry while congratulating himself for declaring a national emergency in response to his incompetent pandemic preparation.