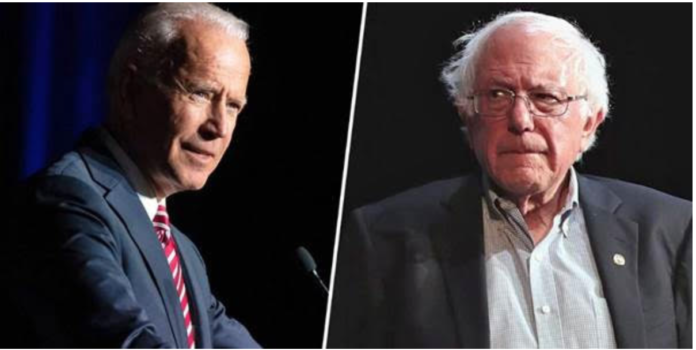 OH, THE WAILING! Oh, the gnashing of teeth! How could the American people have been so stupid? Why couldn’t they see the clear path to paradise laid down for them by Bernie Sanders? And how? Oh, Dear God! How could they vote in such self-defeating numbers for Joe Biden?

More than half a century ago, in the aftermath of the 1953 workers’ uprising in East Berlin,  the German Marxist playwright and poet, Bertolt Brecht, penned the following, justly famous, poem. He called it:

After the uprising of the 17th June
The Secretary of the Writers Union
Had leaflets distributed in the Stalinallee
Stating that the people
Had forfeited the confidence of the government
And could win it back only
By redoubled efforts. Would it not be easier
In that case for the government
To dissolve the people
And elect another?

Reading the outpourings of rage and grief at the unsatisfactory outcome (at least for America’s young progressives) of the Super Tuesday primaries on social media, I couldn’t help recalling Brecht’s sardonic proposition.

In spite of the Sanders campaign’s self-proclaimed and much-vaunted ability to mobilise the sort of disillusioned and marginalised American voter who usually sits out elections, especially the young, just about all the energy on display on Super Tuesday came from those who turned out to support Joe Biden. In Virginia, for example, Democratic Party voters turned out in numbers well up on 2016: not for Bernie, but for the former Vice-President. In Massachusetts, where he had done no campaigning, Biden carried the state. Its “favourite daughter”, incumbent Senator Elizabeth Warren, came in a poor third. Even in Texas, with its large Bernie-backing Latino population, Sanders was bested by Biden. And again, against all predictions, Biden remains competitive in California – the state Bernie was supposed to run away with.

The short and very painful answer is: Bernie and his progressive supporters were viciously mugged by reality.

Retailing “revolution” in the United States of America has always been a hard sell. Before Bernie, there was the radical trade unionist and Indiana State Senator Eugene Victor Debs. In the Presidential Election of 1912, representing the Socialist Party of America, Debs racked-up 6 percent of the popular vote.

It’s worth noting that support for socialism in America peaked in the years between 1900-1916. There were socialist mayors and councillors, socialist legislators and at least one socialist state senator.

When compared to the support for the Republican and Democratic parties, however, the SPA’s vote remained stubbornly in the low single digits. Things got much worse after the USA entered World War I in 1917. Debs himself was sentenced to 10 years imprisonment for speaking out against military conscription in 1918. The draconian legislation he fell afoul of was inspired by the high-minded Democratic President, Woodrow Wilson. He was eventually pardoned by President Warren G. Harding, a Republican, in 1921.

Bernie’s electoral success has been in spite of, not because of, his socialist principles. He has always been careful to call himself the “Independent” Senator from Vermont, and his outstanding success as a presidential candidate was made possible not by the sudden conversion of the US electorate to the principles of democratic socialism, but by the rule allowing non-members to contest Democratic Party caucuses and primaries. Without this rule, Sanders wouldn’t have been able to make more than the slightest impact on the American political scene. Be honest, could you identify the Socialist Equality Party’s candidate for the US Presidency in 2016? Of course not. Do you know how many votes the SEP ticket received? 382.

Faced with the prospect of a self-proclaimed “democratic socialist” carrying the Democratic Party’s colours into the 2020 Presidential Election, most registered Democrats were dismayed. In their eyes, Candidate Bernie Sanders would be an absolute gift to Donald Trump. That’s why the Democratic Party leadership seized upon Biden’s big win in South Carolina to break the log-jam of moderate contenders and give the voters the chance to restore “Uncle Joe” to his former position as the man most likely to beat the ogre in the White House.

Yes, you can argue that Americans should want more: that they should take the opportunity to bring their country into the twenty-first century that Sanders is offering. But, if you take that position, then you are ranging yourself alongside the Secretary of the Writers Union in Brecht’s poem. Castigating the people for failing to live up to your expectations of them is not the best way to win their confidence. For better or worse, democracy affords ordinary people the occasional opportunity to apply their collective weight to History’s rudder. If they fail to follow the “revolutionary” course you have suggested, then whose fault is that? Theirs, for not taking it? Or yours, for not giving them good enough reasons for risking everything on a politician’s promise?

I never really saw eye-to-eye with the late Mike Moore, but there was one saying of his that I’ve never had the slightest difficulty in endorsing:

“The people are always right – even when they’re wrong.”