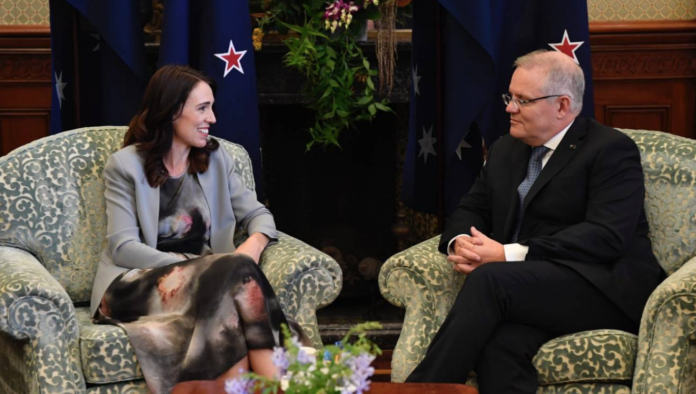 Last week I thought Bridges had made a break through moment by promising to deport Australian criminals back home to Australia after serving their time for crime here.

I thought it was a break through because many, many, many, many NZers are furious at the contempt with which we are treated inside Australia and how the Australians have exported a crime wave to us by deporting the 501s here.

His promise to put political will into a policy we already have looked tough and i thought it would appeal.

And then Jacinda stepped up…

…she is just such a class act isn’t she?

She has acted with real leadership in telling the Australians to their face that they are exporting their problems to us and  she makes Simons earlier announcement of reciprocity look blunt and desperate.