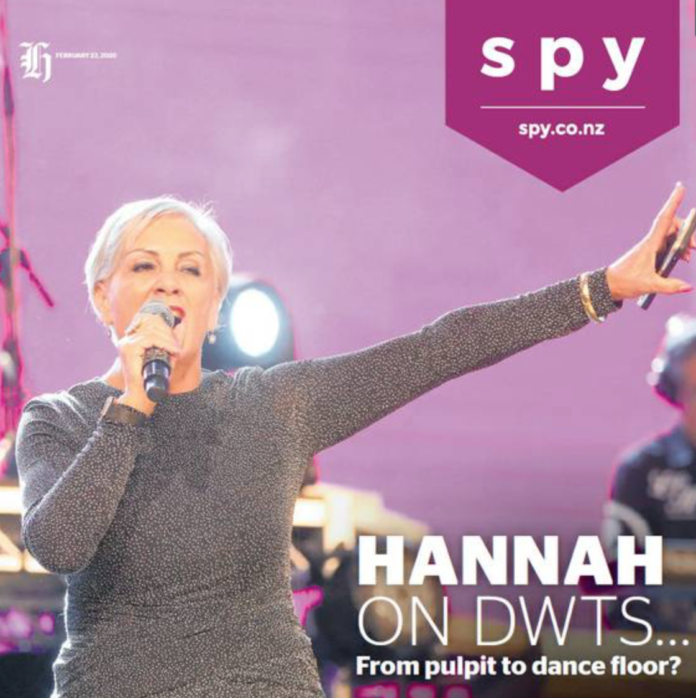 Social media has helped me despise people on my own side of the idealogical fence in ways I never thought possible.

The banality that consumes us belittles us.

I don’t give two shits about bloody Dancing with the Stars.

I think I’ve watched it once, and even then it was for like 20 minutes.

The woke care. They’ve been up in arms about Mediaworks weird decision to add Hannah Tamaki to their list of faded and lacklustre dancing stars.

I say weird, because people who believe in a flying magical invisible wizard, who blame natural disasters on homosexuality and who literally believe the planet is 7000 years old aren’t people you want to give any oxygen to for the same reason you ignore flat earthers, climate deniers, chem trailers, 9/11 was an inside jobbers, anti-vaxxers and libertarians.

But Mediaworks are a private media company, and if they want to invite someone with inane beliefs on their dancing show, I don’t care.

The woke cared. The Mummy Blogger Temperance Union over at The Spinoff were beside themselves with outrage, which is difficult because they are perpetually outraged every day of the week.

The reason I can’t get worked up is because this is all such trite bullshit.

Do you all get that the fucking planet is melting?

The melt of Antartica is now inevitable, Antarctica is experiencing a fucking heatwave and Scientists say highly dangerous 2- 4C temperature rises are unavoidable! China, Iran, India, Pakistan, Iraq, Bangladesh, Nepal, Yemen, Oman, Libya, Tunisia, Kuwait, Algeria, Egypt, Morocco, Bahrain, Qatar and Sudan will all experience heat waves that no human can survive from 2029 onwards, we are currently at 1.3/1.4C above pre Industrial heats and at 1.5°C we trigger irreversible processes leading to a self-reinforcing warming cycle that could ultimately make the planet uninhabitable.

And you want to jump with glee because you deplatformed a woman who says stupid things and believes in medieval Christian values from a fucking reality dance show?

If your activism doesn’t have the climate crisis at its source every single day of the week, then all you are doing is self congratulatory virtue signalling wank.

If you watch Dancing with the Stars for your ethical and moral role models, maybe you need to look beyond reality TV for your standards?

The woke social media mob have lynched themselves a rainbow hater. Fine, yay you, can we all please move onto preventing the extinction of our species now?