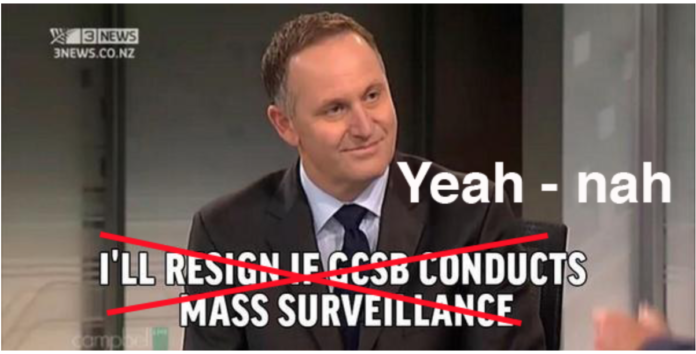 What NZ First did by having ‘someone’ photographing journalists who were investigating them & handing those photos to Slater’s latest far right hate blog is awful, but let’s not suffer a collective amnesia here in terms of the vast abuses of power the Key Government embarked upon!

Watching National trying to claim the moral high ground over NZ First’s behaviour here is Trumpian in its delusion.

Let’s remember those abuses of power:

Again, it is unacceptable that anyone from NZ First passed along photos of journalists investigating NZF to a far right hate speech blog.

In the totality of abuse of power and compared to National’s legacy of doing it, watching Paula, Simon and all the other Blue Stormtroopers pretend they suddenly have a conscience when it comes to the State abusing its power is Republican in their selectiveness.