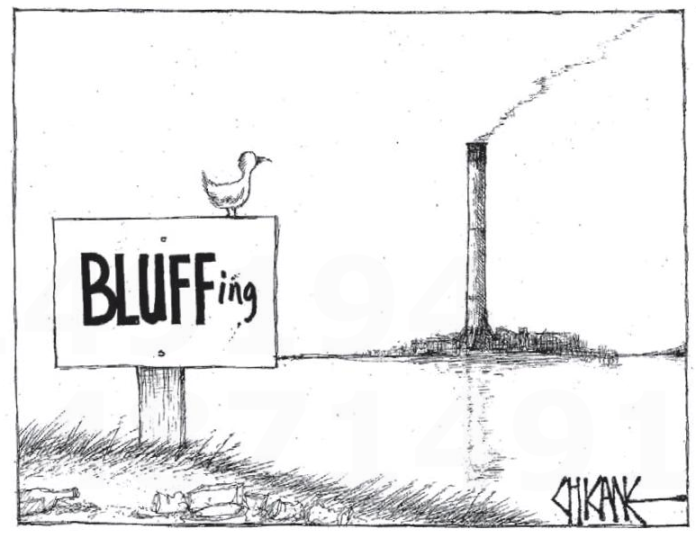 For as long as the Campaign Against Foreign Control of Aotearoa (CAFCA) has existed – more than 45 years now – we have called for the closure of the Bluff aluminium smelter, owned by giant transnational corporation, Rio Tinto. There are numerous grounds for doing so, all of which amount to the smelter not being in New Zealand’s national interest. The corporate welfare power price deal (the price is still secret) by itself qualifies the smelter as the country’s biggest bludger. Once again Rio Tinto is pulling the same old party trick of threatening to close down and leave the country unless it gets an even better deal than what it currently enjoys.

The conventional analysis used to be that the smelter is bad for the country but good for Southland. Not so more, in light of very recent events. Last week’s huge floods throughout Southland ran the very real risk of setting an environmental catastrophe (not to mention a major threat to life) if the water had got into huge quantities of toxic waste stored in Mataura, which would have released ammonia gas. Fortunately, that did not happen. But neither the toxic waste nor the threat have gone away.

What is this toxic waste? Some (but by no means all) media reports correctly identified it as the poetically named dross, the toxic waste product of the smelter. And why is it being stored in a closed down former papermill building right next to a river in Mataura (along with other places dotted across Southland)? Because Rio Tinto got sick of storing it onsite at Bluff and decided to outsource its disposal to a third-party company, which took it off Rio Tinto’s hands in 2014 and then promptly went bust in 2016. Leaving the people of Mataura, and elsewhere in Southland, stuck with the problem.

Following last week’s flood, the Gore District Council made a verbal deal with the smelter management to have the dross removed. That deal was overruled by Rio Tinto’s Board. As Gore’s CEO said: “We had a deal sealed with a good old-fashioned Southland handshake, but Rio Tinto’s bosses have reneged”. At which point the “transformative” Government started to wake from its stupor. Environment Minister David Parker said it was “disgraceful” and “I’ve had enough” and threatened to look at suing Rio Tinto.

Good luck with that one, Minister. That would involve Labour facing up to the 2003 and 04 indemnities signed by Michael Cullen, Labour’s Minister of Finance at the time, accepting that the taxpayer, and not the smelter owners, would be liable for the cost of cleaning up toxic waste produced by the smelting process. That liability was renewed as recently as 2016, by the Key government.

Yes, that’s right. Rio Tinto has outsourced the liability for cleaning up its mess onto the New Zealand taxpayer. And supine governments, both Labour and National, have gone along with that. It’s a textbook example of a transnational corporation privatising the profits and socialising the costs.