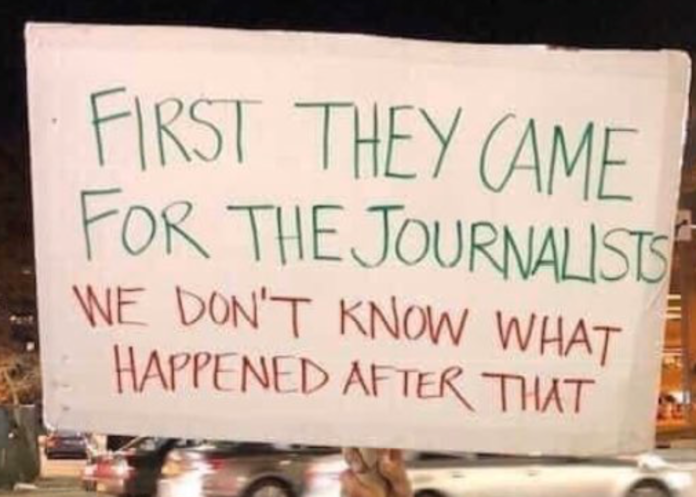 The journalists union, E tū is seeking an assurance from New Zealand First on behalf of its journalist members, that it is not involved in tracking journalists as they go about their work.

Paul Tolich, E tū Senior National Industrial Officer says the union is not reassured by Deputy Prime Minister Winston Peters’ initial response that “we took the photographs just to prove that’s the behaviour going on”, nor his subsequent claim that one of the party’s supporters took the photograph.

“Mr Peters and his party might be unhappy with the reporting of the party’s fundraising, but journalism’s role is to hold those in power to account without fear or favour,” says Paul.

“The work of Mr Shand and Mr Espiner is a good example of that.

“The sort of tactics undertaken by New Zealand First in photographing the journalists and then having the photograph posted on a right-wing political blog is chillingly similar to other examples of attacks on journalists as they go about their work in countries where the freedom of journalists is suppressed.

“Mr Peters needs to apologise to the journalists and give a categorical assurance nothing like this will happen again.”