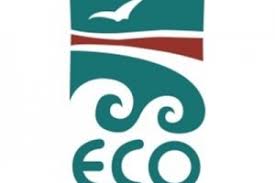 The New Zealand Government’s defence of our destructive bottom trawling industry at the expense of ocean protection will be put to the test at a regional fisheries meeting starting this week.

The 2020 South Pacific Regional Fisheries Management Organisation meeting will be held in Vanuatu this week, where it will decide on key rules relevant to the New Zealand bottom trawling industry, and the protection of deep sea life.

At the meeting, the New Zealand Government is expected to oppose rules suggested by the European Union to reduce the destruction by New Zealand fishing vessels of ancient corals and other vulnerable marine ecosystems in international waters.

The meeting is also expected to make a decision as to whether to continue listing Talley’s vessel the Amaltal Apollo on a draft blacklist of IUU (illegal, unreported or unregulated) vessels, after it was caught making 14 illegal trawls in a closed area on the high seas. The government opposed this blacklisting last year, arguing it will prosecute the vessel, but nearly two years after the offence, the courts have still not heard the case.

“Despite its claims to be an environmental good guy, and agreeing to UN rules protecting deep sea corals and other precious sea life from bottom trawling, in the leadup to this meeting New Zealand has been arguing for the weak rules, and against any efforts to strengthen them,” said Jessica Desmond, oceans campaigner for Greenpeace New Zealand, who will be at the meeting as part of the Deep Sea Conservation Coalition.

“Around 48,000 people have so far signed our petition calling on the Government to be a more responsible global citizen and protect these ancient ecosystems – ecosystems that are like the ‘kauri of our oceans’,” she said.

Click here for a full briefing of the issues under discussion.