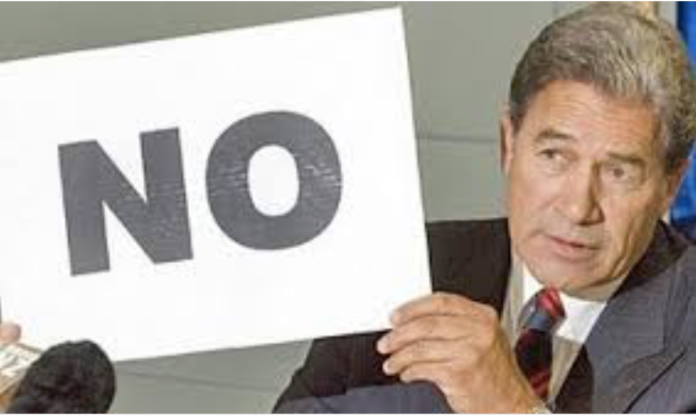 How frightened is Winston Peters over the SFO referral?

Winston tweeting just before midnight on Twitter that he is going to appear on Facebook live to answer questions over the NZ First Foundation and its referral to the Serious Fraud Office is an extraordinary move to bypass the Press Gallery who now smell blood and his desperate need to explain a defendable position.

This is a high risk move and a rushed attempt to get ahead of this avalanching crisis.

The fact Winston got burnt by a previous donations scandal in 2008 that buried NZ First and damaged Helen Clark is spookily similar to the idiotic position he’s gotten himself caught in again.

The issue here is that there are two distinct NZ First audiences.

The first are those who have felt left behind by neoliberalism and culture change and cling to Winston as their saviour. For them NZ First is a grassroots movement powered on cake stalls, raffles and knitting fundraisers. They have parochial values and a fear of eclipses.

Then there is the other audience. The behind the scenes regional power houses and economic industries who are drawn to a State that intervenes on their behalf against an ocean of transnationals. It is this class of regional self interest that bankrolls NZ First and Winston has always known this.

Getting caught out serving two masters is as politically embarrassing  as it gets, hence Winston’s need to talk directly to his supporters while bypassing journalists.

Right now, Winston’s only hope is that the SFO decide not to investigate and that the media have digested all the leaked material.

If however there is more leaked material to come, and whomever is leaking has shown a talent for making this damaging, we could finally be witnessing the beginning of the end of NZ First as a political force.