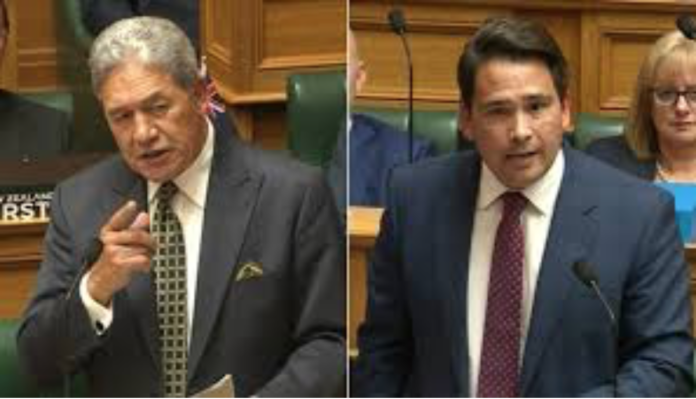 National leader Simon Bridges won’t rule out working with Winston Peters and NZ First in the future and isn’t yet calling for him to stand down over the NZ First Foundation saga.

He is now calling on the Prime Minister Jacinda Ardern to confirm that she trusts Peters, in the wake of yesterday’s news that the the NZ First Foundation donations have been referred to the Serious Fraud Office (SFO) by police.

Bridges also called on the SFO to make a decision on whether to investigate Peters before the election.

But Bridges stopped short of saying Ardern should stand Peters down during any investigation.

…this is a Simon Bridges all over the place.

He went too early with this announcement, but now he is undermining the boldness of the move with this measly mouthed back-pedalling.

What in earth is Simon doing?

Clearly the backlash amongst his own Caucus has forced him to reconsider, but this is terrible messaging by Simon.

He has blown any of the value of this strategic move.

What spooked him? He looks weak and disorganised.

Winston stared him down and Simon blinked.